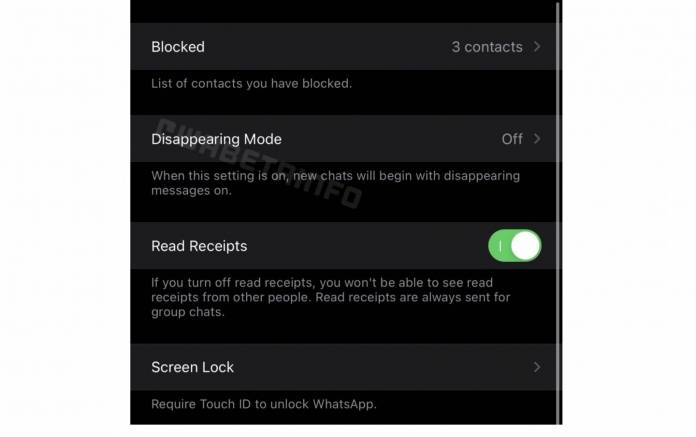 Not all messages you send you’d want to keep a record of, for one reason or another. That’s why messaging apps that have a disappearing mode are pretty popular. WhatsApp currently has Disappearing Messages but it’s something that you’d have to turn on for each conversation. It looks like the Facebook-owned app is currently working on a more robust disappearing mode as it will be in the privacy settings and will apply to all new chats once you’ve enabled it.

Currently, WhatsApp has a feature called Disappearing Messages which was introduced last year. If you enable it in a chat, the messages sent there will be deleted after 7 days. However, it is chat-specific. So it means you’ll have to manually enable it for each conversation that you have and if you have a lot of chats, then it can be a bit tedious and time-consuming. Plus, 7 days can be a long time. They’re reportedly testing out a 24-hour option so hopefully, that arrives soon too.

According to WABetaInfo, they have seen that WhatsApp is working on another option and this time it’s called Disappearing Mode. Instead of being a per-message option, this is something you can enable under the privacy settings. This means that when you toggle it on, the setting will apply to all new chats and not just the specific messages that you want to. The screenshots don’t show if it will be 7 days still but since that seems to be the only option with Disappearing Messages, then it might apply here too.

WhatsApp is facing more problems than just disappearing messages as the privacy policy change has already taken effect. Those that don’t accept it yet will still be able to use the app for now but you will constantly be reminded to accept it or else eventually lose some functionality of the app. And there will come a time when the app will be practically useless for you although they will not delete your account.

But as for the Disappearing Mode, it’s still currently under development so we can’t expect it to roll out anytime soon. We’ll update you once there’s additional news about this and other WhatsApp issues.