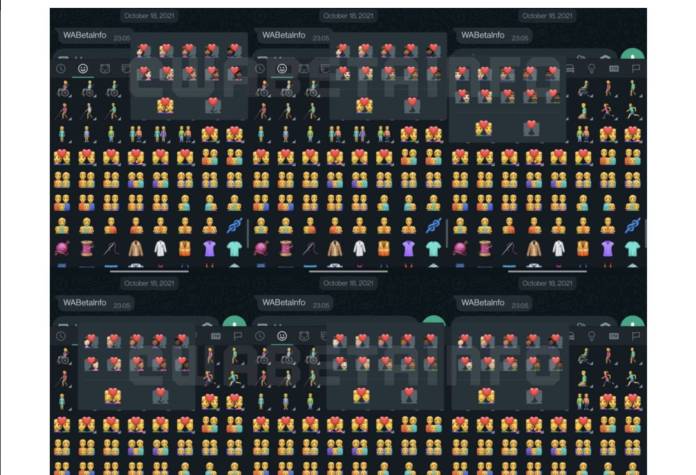 Emojis may seem trivial for some but for a lot of digital natives, it’s a pretty important part of their communication skills. Initially, we had to deal with just the yellow skin tone for the “human” emojis but eventually unicode, the world standard for emojis, released different variations of skin tones for several emojis, focusing on representation. WhatsApp is bringing a new update initially for beta users that will let you choose different combinations of skin tones for couple emojis.

WA Beta Info brings us a lot of WhatsApp-related news even before they become official. This time around, they shared that the Meta-owned messaging app has released a new update for the beta version. It was actually spotted in a the changelog of version 2.21.22.8 of the Android app but it was under development then. Now it seems it’s rolling out to the select beta testers so there’s no way yet to force update it to your account.

Basically, the update lets you make different skin tone combinations for the couple emojis on the platform. When choosing a couple emoji, you can choose different tones and there are a lot of different possible combinations that you can mix and match. As we mentioned earlier, it’s important for representation even on emojis that’s why we have different kinds of couple ones available. Being able to choose their skin tones is a good option to have as well.

What the update for the Android app doesn’t bring yet is a bug fix for problems for devices running on Android 12. There’s already a web release update to fix this but on the mobile app, they are probably still working on the fix. Having an app crash over and over again is an annoying problem to have so hopefully they’ll be able to fix this eventually as well. In the meantime, this is the update that they decided to roll out first.

If you’re a WhatsApp beta tester, then the chances of this update reaching you is higher of course. There’s no schedule yet for the update for the stable version so we’ll have to wait for further official announcements or leaks.