Voice calling on instant messaging apps is nothing new but the feature has yet to come to Whatsapp. We know that the company is working on it but no official release has been made by the developer yet. However, a few screenshots of what seems to be a new build of the Whatsapp app with voice calling have been spotted by Androidworld.nl.

The alleged screenshots show what could be the the future calling features of Whatsapp. The update could still be in beta version so it’s not released on the Google Play Store. There seems to be separate screens for call logs and ongoing calls and dialling a voice call. We’re not sure if these images are legit but we don’t doubt that there is a beta build somewhere. The only question now is when the official version would roll out. 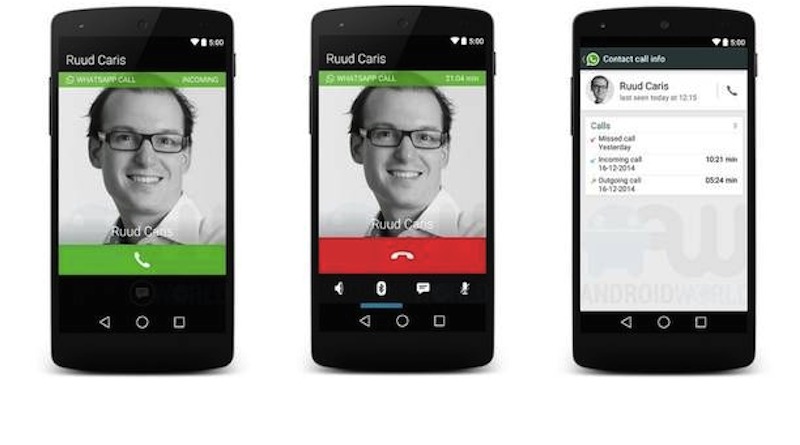 There seems to be a delay now according to Jan Koum, CEO of Whatsapp. No thanks to some “technical hurdles” the developers are currently facing. Since 2014 is drawing to a close, we could expect a Q1 2015 release. This would bring WhatsApp in a close fight with Line, Viber, and WeChat that already allows voice calling and especially that Whatsapp is the biggest instant messaging app today with 600 million active users.