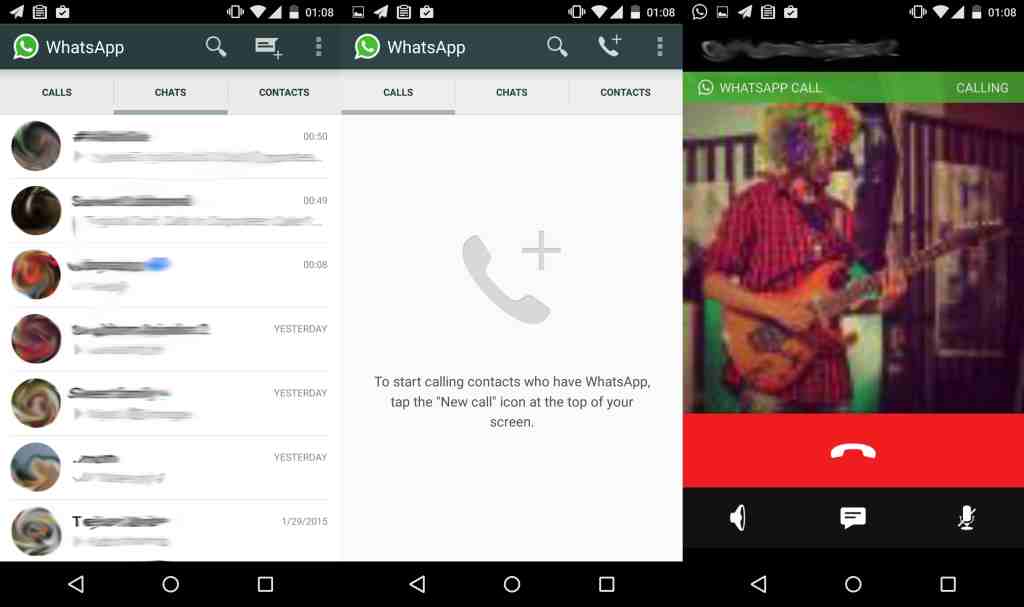 With free messaging services continuously evolving into bringing features more than just texts and emoticons and stickers, it was only a matter of time before they all started trying to one-up each other in terms of services offered. One of the more popular apps is WhatsApp, and its users are eagerly awaiting the free voice calls they knew would eventually arrive. A Reddit user has posted saying it’s finally here, although they are probably testing it out on selected users and regions for now.

“Pradnesh07” shared some screenshots and a video, showing that the voice calling feature for the app is indeed working. However, it was activated when someone who already has the feature, called him, kind of like an invite system, except that the call itself is the invite. You also have to update your app to the new build (2.11.508) but this isn’t available at the Google Play Store yet so you need to download the .apk file and side-load it onto your Android smartphone.

The updated app, based on the reddit user’s screenshots seems to be divided into three tabs: calls, chats, and contacts. The call feature has several options like speakerphone, mute, and the ability to send instant messages even while you’re on the call. According to Pradnesh07, the person who called him said that the voice calling feature works on all Android phones, not just those running on 5.0 and up, and it’s also available not just in India (although they are both from that country).

WhatsApp has not officially announced this new feature yet, so if you do not fancy waiting for someone to call you to be able to start using the voice call feature, you can wait just a little bit more. But the developers better hurry because rivals like Viber, WeChat, Line, etc, are already way ahead of the game.