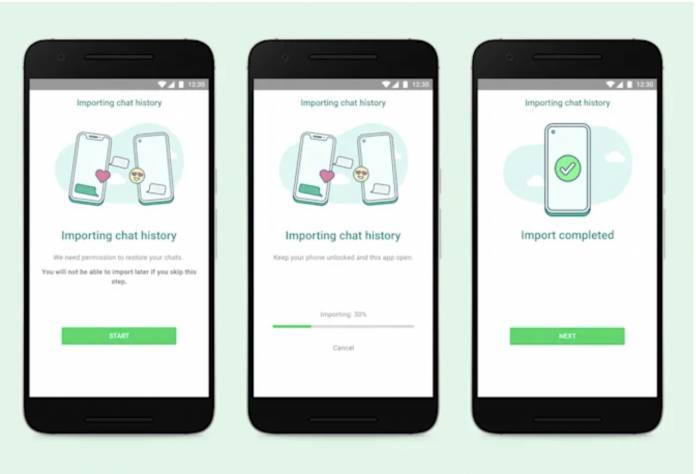 Samsung’s Unpacked event was of course packed with announcements about the OEM’s new devices. But one minor thing that was also announced was that WhatsApp’s chat history can now be transferred if you’re moving from one platform to another. This means iOS users who are switching over to Android can carry all their WhatsApp data when they change their smartphone and of course it will work the other way. For now, this is limited to Samsung devices but will eventually launch to other devices as well.

While you could back up your chat histories on WhatsApp, you couldn’t carry them over if you switched to another platform. So this might be a small thing but it’s pretty important for those that are heavy WhatsApp users and have their work and personal conversations on the messaging platform. Switching to Android from iOS or iOS to Android should not be such a pain anymore so app histories that could not be carried over to another platform are huge problems.

Engadget says that not only will chat histories’ messages be transferred but photos and voice memos will also be included. There are no details yet on how this will look like or the process that users will need to undergo but when it rolls out in the “coming weeks” we should know how it will work. The important thing now is that we know it’s coming so any hesitancy to switch platforms because you might lose things like this should be put to rest, at least when it comes to the messaging app.

WhatsApp said that this was a difficult process since messages on their platform are end-to-end encrypted and are only stored on the device and not their servers. This migration took extra work and effort from the Facebook-owned messaging app as well as OS developers and the phone makers. So it took them a while to get to this point but now this collaborative effort between the entities has made it possible.

For now, it looks like Samsung devices running on Android 10 and above will be the only ones to enjoy this. But of course, they will expand to other OEMs eventually.