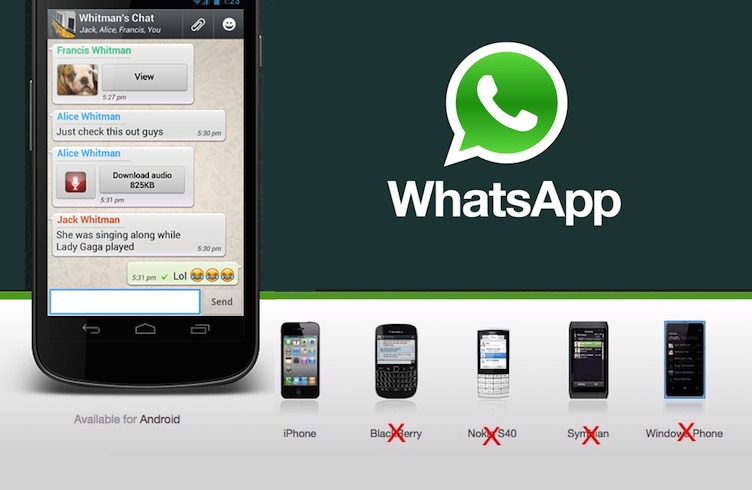 You may have missed it because you were too busy with the Mobile World Congress but WhatsApp celebrated its 7th birthday. The Facebook-acquired company is one of the most popular instant messaging platforms today and the devs behind it vowed to make the app more private and safer than ever as they will be giving more emphasis to security in the coming days.

A lot has happened the past seven years. WhatsApp started in 2009 when apps on different platforms like Android, iOS, and Windows Phone were only found on less than 25% of mobile devices worldwide. Back then, most mobile phones were running Nokia and BlackBerry platforms—about 70 percent. Unfortunately for the the two, they were overtaken by Apple, Google, and Microsoft. Because of the quick changes within the mobile industry, WhatsApp is taking some steps so they could focus on other efforts that are more worthwhile.

The company will be turning its attention to systems more popular among the mobile users. This is sad news but WhatsApp will no longer offer support for several old platforms after 2016. WhatsApp will end support for the following: Nokia S40, Nokia Symbian S60, Android 2.1, Android 2.2, Windows Phone 7.1, BlackBerry, and even BlackBerry 10.

It’s really unfortunate for people still on these platforms and are enjoying WhatsApp. In a blog post, WhatsApp explained “they don’t offer the kind of capabilities we need to expand our app’s features in the future”.

WhatsApp recommended that users upgrade to the latest Windows Phone, iPhone, or Android so they could still use the messaging app.