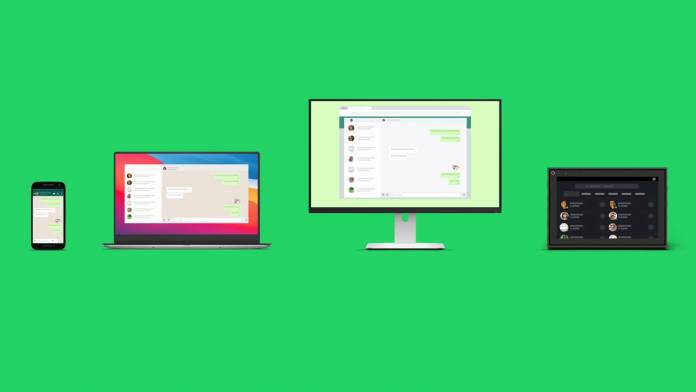 We’ve been hearing about how WhatsApp will soon let you use the messaging app on your desktop or any other device without necessarily having your smartphone connected. Now the multi-device feature is rolling out to select beta testers and despite the technical challenges they experienced, it is rolling out with the popular and much-needed end-to-end encryption. It will let you run the app on up to four devices at once even without the “main” device or your smartphone turned on or connected to the internet.

WhatsApp explained the engineering behind running support for the multi-device feature. Previously, it was the user’s smartphone that managed the key determining their identity and also the ability to encrypt/decrypt messages. But now with the new technology that they developed, each of the companion devices will be able to connect to the user’s WhatsApp account independently while still maintaining end-to-end encryption and therefore the user’s privacy and security.

Not only will users get end-to-end encryption but the data will also be synced across these devices. This includes contact names, chat archives, starred messages, and other important data. And all this will happen even when your main device or smartphone is out of battery life or is not connected to the Internet. The multi-device architecture that WhatsApp has devised has removed the “burden” on the smartphone to be the “source of truth” while keeping the secure user experience.

WhatsApp head Will Cathcart says that they have been working on this for a long time and they’re excited to finally be rolling this out, albeit to a few users at this time. While this small group of beta testers are taking the multi-device support out for a test drive, they will continue to work on adding more features and of course improving its performance. As explained in the lengthy blog post, there are a lot of moving parts involved in this feature so users may have to be a bit more patient until they are able to perfect it.

There are only a small group of testers who are also on the WhatsApp beta program so chances are you might not be part of that just yet. There is no schedule yet as to when we can expect a wider beta release or the actual stable release.