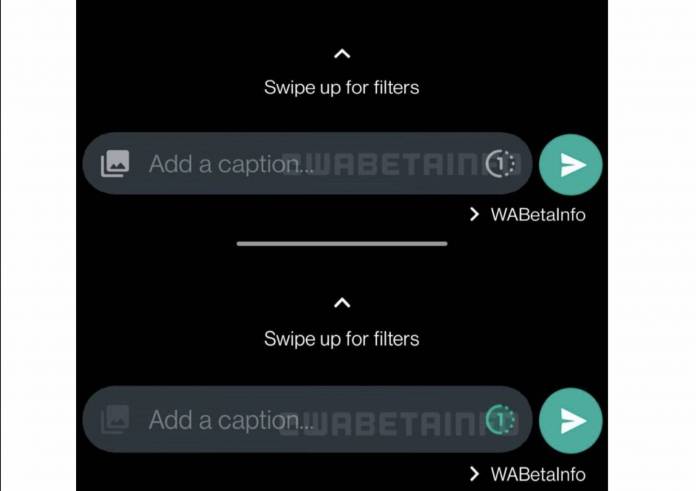 We already know that the disappearing or expiring media will be coming to WhatsApp as it was confirmed by Mark Zuckerberg and Will Cathcart themselves. Now they have started rolling out this feature for WhatsApp Beta users but the name is called “view once”. True to its name, once a person opens a photo or a video sent with this setting, they will only be able to view it once and it will be deleted after you’ve closed the item.

You’ll know when the feature is live for you when you see the view once button when sharing photos or videos to a conversation. Aside from the fact that they will disappear once viewed, you will also receive a notification once the recipient has opened them. This feature will be available for both one-on-one conversations as well as group chats. There are probably several situations when a feature like this can come in handy.

Even though the feature seems pretty straightforward, WA Beta Info has some caveats and warnings about it. If you disable read receipts, the recipient will see if you have opened the media set to view once but you will not see when they open yours in one-on-one conversations. In groups, you can see which participants opened it even if read receipts are disabled by going to Message Info. Even if recipients don’t have the feature enabled, the view once feature will still work.

Even though the message will disappear after it’s viewed, recipients can screenshot it and you will not get a notification that they did. So, as always think twice about sending that photo and video if you don’t want it to get out eventually. If you’re in a group and you’ve blocked one or two contacts there, they will still be able to open the media that you’ll send. They just won’t be able to message or call you but they can still interact with you in that group.

The “view once” feature is rolling out to select WhatsApp Beta users. No word yet when the stable version will be rolling out.