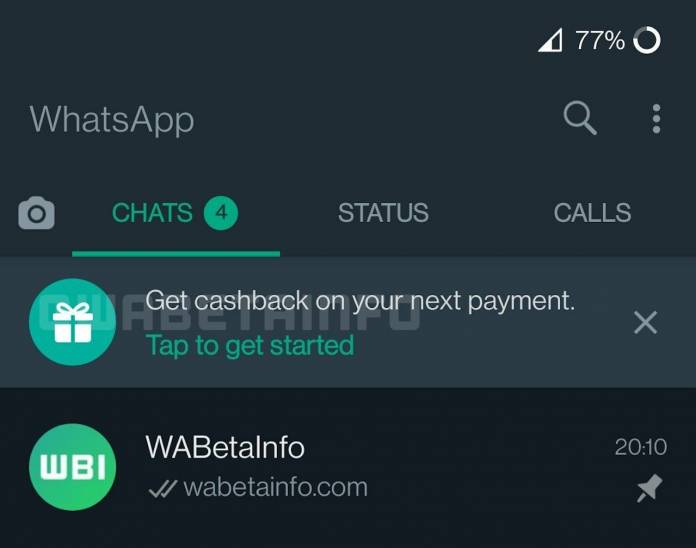 WhatsApp introduced its person-to-person payments feature called WhatsApp Payments to selected users in India and Brazil. But it looks like they really want to push for more people to use it so they are reportedly testing out a new cashback feature. Don’t expect to earn a lot from this though but WhatsApp is probably hoping it will be enough incentive for users to try out their payment service. This seems to still be in the development phase and is not yet live for anyone.

WABetaInfo is the one who spotted the in-development feature, as always. The screenshot they shared has a “Get cashback on your next payment” shortcut found at the top of the Chats tab. Tapping it will supposedly lead you to “get started” with the process but for now, there aren’t any details available yet as to what that entails. Supposedly it will send you the promised cashback 48 hours after you use WhatsApp Payments.

This will also supposedly work only for UPI payments in India. Users will also get just one cashback and currently, it’s just around 10 rupees or $0.14 so don’t start thinking you can buy something big with the cash you’ll get in return. That amount may still change when the feature rolls out in the stable version but you probably should not expect something substantial as cashbacks are usually just a small percentage of what you spend.

It’s also worth noting that WhatsApp Payments is only available for 20 million of the 400 million users in India. So really, it’s still a pilot program and you don’t choose to get enrolled in it. They didn’t really announce which users will get this payment service so obviously if it’s not available for you yet then you won’t see the cashback option on your app. To see if it’s available for your account if you’re in India, tap the three-dot menu button in the top right corner and look for the Payments option.

WhatsApp Payments’ cashback will only roll out in India. What we don’t know is if there’s a “for now” attached to that and if the Payments feature itself will eventually be available in other territories eventually. 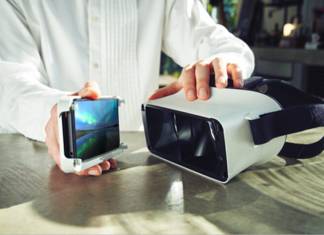