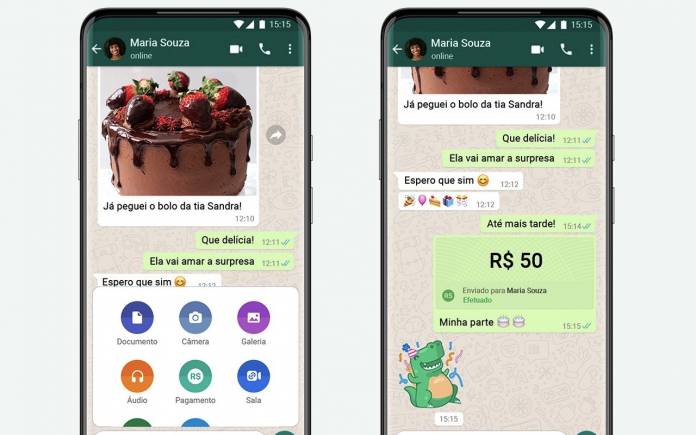 WhatsApp remains as another important instant messaging platform today. Facebook regularly rolls out updates and new features. Just recently, we mentioned WhatsApp is testing out a 24-hour disappearing messages option. It’s also possibly working on a cross-platform backup. We also won’t forget those encrypted video and voice calls to desktop app. WhatsApp continues to combat “misinformation” on their Status messages and we can expect more improvements will be introduced. Starting this week, those in Brazil will get to use Payments in WhatsApp.

According to WhatsApp executive David Marcus, the rollout will be gradual. He mentioned the feature will be enabled in Brazil to allow people to pay one another in conversations. It will be easy now as sending a text message.

Actually, this is already a relaunch. It was previously available in Brazil but it was once blocked by the country’s central bank. The transfer money service can be used again, hopefully, without any more restriction.

India also has this particular service. Brazil is the second country where Facebook has launched the mobile payment method. In India alone, WhatsApp has about 400 million users so it is expected the money transfer service will be a success. In Brazil, there are 120 million WhatsApp users. Most of them are now able to send money and more are expected to use them more frequently.