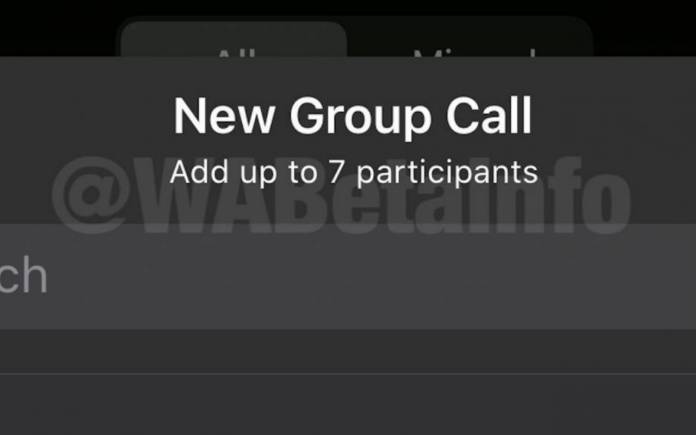 While there are a lot of video conferencing platforms for your work-related purposes, there are also several messaging platforms that are meant more for video chatting with your loved ones. Facebook-owned messaging app WhatsApp is for the latter and now they are letting you add more people to your video chat. Previously only four people could join in a video call but now they will be expanding it to up to 8 participants. However, this is still in the beta program for now.

WhatsApp actually just recently introduced earlier this month the ability to have four people in a video call and now they are doubling it, at least in the beta version. To be able to do this, you will have to update to the most recent version since that’s the only one that can have four people anyway. All the participants also need to be on the latest version, otherwise, they cannot be added to that video chat.

WABetaInfo says there are two ways to start the video chat with 8 people. First is you open a group chat and then tap on the call button. If the number of people there are higher than 4, you will be asked which you want to include in the video chat but if you don’t choose, the call will be directly started. The caveat is that the members that are not in your address book cannot be added to the call.

The other way to start a video chat is to open the Calls tab and then tap the Call button. When you open a New group call, you can then manually choose who to add to the call. Since this is still in beta mode, expect the feature to still have some bugs and kinks that need to be worked out. But if you want to try out having a video call with your family and friends that are away from you, then this would be a good time to try it out.

Even though WhatsApp is owned by Facebook, the chats and calls within the app have end-to-end encryption so their owner and third parties cannot listen or have access to them. No news yet when the new video chat limit will roll out to the stable version.