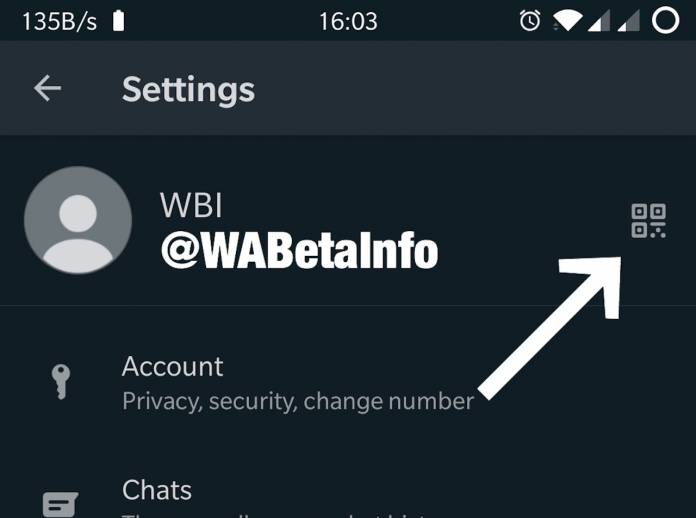 While most people are happy to have just the stable version, there are also those that prefer using the beta one to see the upcoming features that may eventually make it to the main app. If you’re such a person and you are on the WhatsApp Beta community, you’ll be happy to know that a server-side update is available and with it, you’ll get a new QR code profile as well as the ability to scan the codes of other users to add them to your WhatsApp contacts.

According to WABetaInfo, version 2.20.171 of WhatsApp for Android Beta will bring just one major update and that’s QR code support. It’s a server-side update but you will need to be on the latest version to be able to receive this new feature. The only thing new here is that each user gets their own personal QR code which can make it easier to share with other people instead of just giving your phone number so they can add you to their contacts. In the same way, you can add users to your contacts by scanning their QR codes.

To see your QR profile and to scan other profiles, go to your WhatsApp settings (assuming you got this feature already and you’re on beta). You’ll see a QR code icon near your profile information. When you tap it, you’ll see two tabs. The first one is for your own QR code which you can share to those who want to add you on WhatsApp. The second tab is a QR code scanner so you can add them. There’s also an image picker icon so you can add a code previously saved on your photo gallery.

Just remember that adding you through QR code means they can still see your phone number. So you should still make sure that you trust the people that you share your code with and to not share it publicly (unless you want to). There’s also an option to revoke your QR code if you want them to stop sharing your code and your number.

The QR code feature is available on the updated beta version if you’re one of those that will be given the feature through the server-side update. There is no news yet if we are indeed going to see it on the stable version, but given the fact that other messaging apps have this already, then we can probably expect it to see it soon.