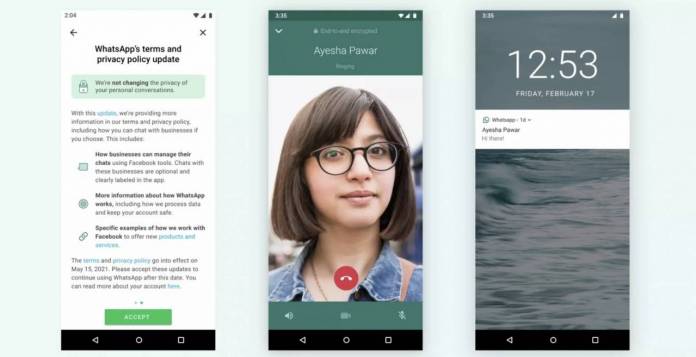 The WhatsApp privacy policy saga continues as once again, the Facebook-owned messaging app has been “forced” to backtrack on their earlier statement. The new policy started rolling out last May 15 and originally, WhatsApp said that they will keep reminding users to accept the changes and if they don’t, eventually their account will be non-functional and basically useless. Now they have said they will not restrict any functionality after speaking with governments and privacy advocates. They did not actually say that they’re retracting the policy, only that you won’t be forced to accept it for now.

Obviously, this did not go over well with users and with privacy advocates who have been demanding that WhatsApp not impose this new privacy policy in the first place. Well, the pressure to keep users and not anger more people has gotten to Facebook as they have now decided not to restrict any functionality, for now at least. The Next Web says that WhatsApp decided to do so “given recent discussions with various authorities and privacy experts.”

Just last week, India asked WhatsApp to retract the privacy policy as it is in violation of its privacy laws. Germany has also taken steps to ban the messaging app from processing user data of their citizens although Facebook is appealing the ban. They have also stopped implementing the update in Turkey. It must be difficult to fight countries individually hence the decision to just stop limiting functionality for users who refuse to accept the new policy.

This might change in the future of course as they have not actually retracted the policy. It might be a case of too little too late as there has been a mass exodus of WhatsApp users ever since they announced the new privacy policy. Users have migrated to competitors like Signal and Telegram where there are no such policies.