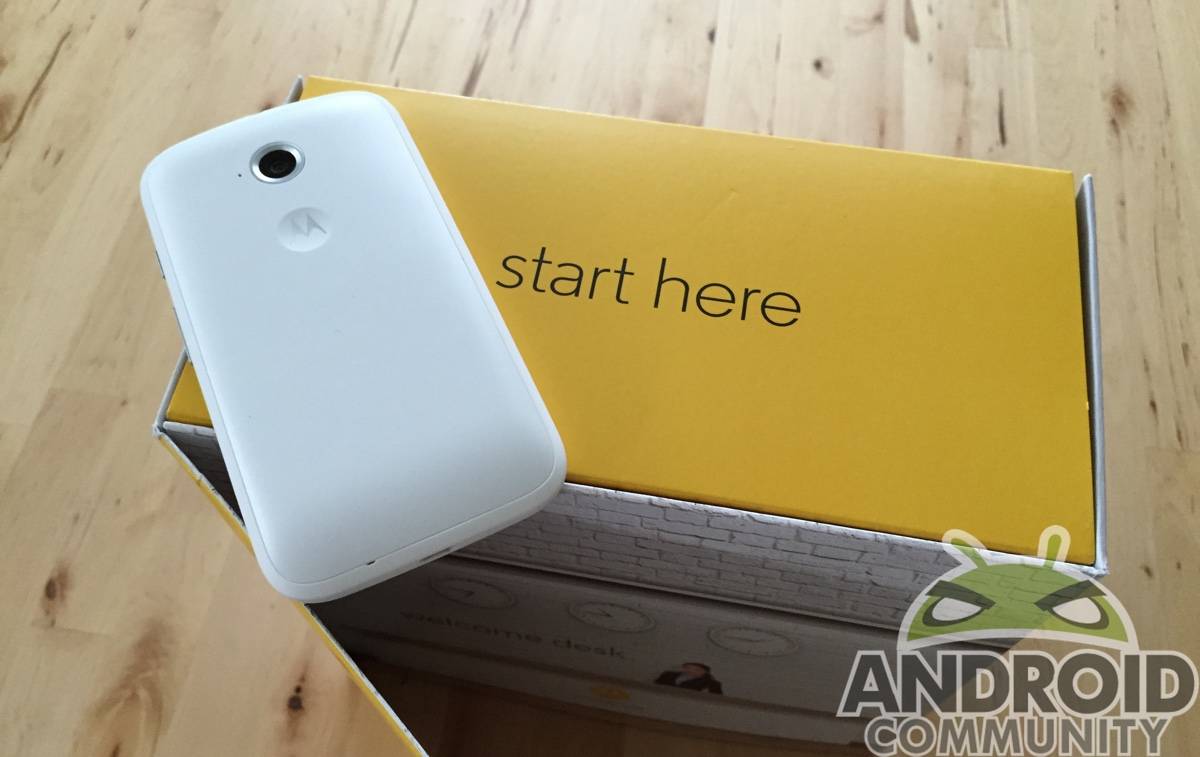 Though we were expecting a Moto 360, what we got is potentially much better. Today, sitting on the porch waiting for me when I woke, was a box form Motorola. We all knew it was coming, but what was inside remained a bit of a mystery. A refresh to their smartwatch offering was what had our fingers crossed, but news over the past few days that a Moto E with LTE was possibly coming tossed a wrench into our desires. A new Moto E was exactly what we got, too.

Not only a new phone, but a whole press conference in a box! There’s Rick Osterloh, standing in front of a screen — literally. There are chairs set out, and even a help desk. Rather than fly us to an event, Motorola brought the event to us! 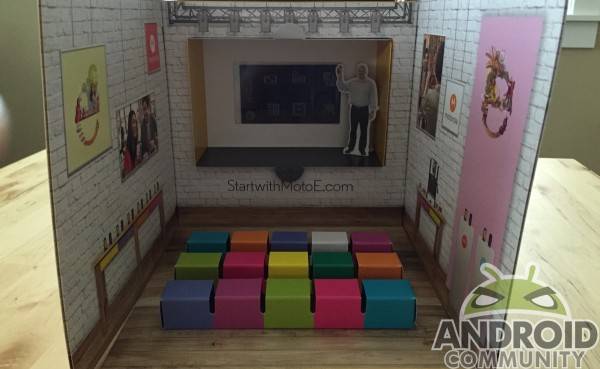 After digging through the box, we got our hands on the Moto E. A bit smaller and chunkier than the flagship phone you’re probably reading this on, the Moto E is decidedly mid-range. It’s got thick bezels, a less than awesome screen, and though the back is rounded — it’s chubby.

But — and this is no big ‘ol but — the Moto E is still pretty cool. Motorola tossed in some neat little bumpers you can use to swap for the white it comes with, and there’s even a case for a touch more protection. 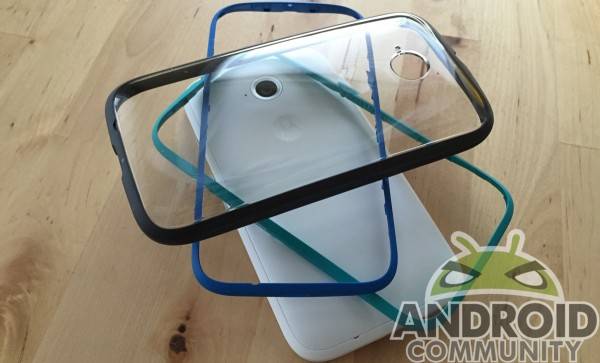 Spec-wise, you won’t be insipired, but you also won’t be let down. Alongside LTE, The Moto E has a quad-core Snapdragon 410 clocked at 1.2GHz, 1GB RAM, 8GB memory (expandable via micro SD card), and a 960 x 540 display. A 5MP camera is around back, while a VGA shooter is up front.

See? Nothing wrong with that! Wisely, Motorola has priced their Moto E accordingly. You can grab the model we got, with the specs listed above, for $150 unlocked. If you’re willing to step down to a Snapdragon 200 without LTE, it’s $30 cheaper. 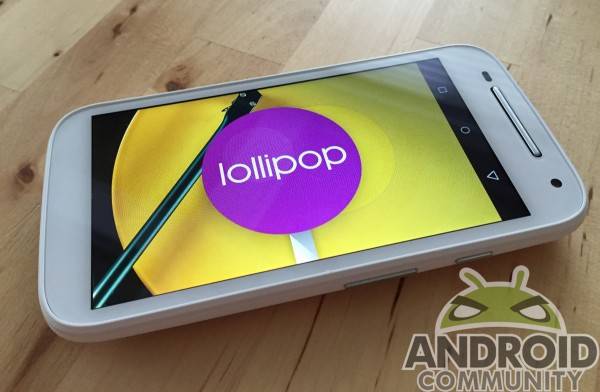 World-beater? No, but the Moto E is a world phone, and should find a lot of favor in emerging markets, especially at that price point. It also ships with Android Lollipop, and in our initial tests, didn’t let us down with simpler operations. And hey, for $150, you just can’t go wrong, here.