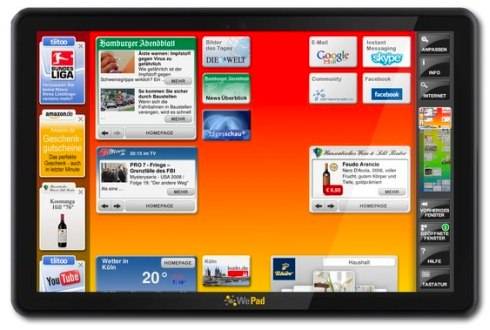 The iPad isn’t even out yet and it is facing heavy competition from Android tablets. As far as specs and looks goes there are multiple Android tablets that has equal or far better specs then the iPad and this is one of the best Android tablets in the making.

This is the first of a series of devices from Neofonie, there is also rumors of an eReader in the works. The WePad has a screen of 11.6 inches (1366 x 768), an Intel Atom N450 at 1.66 GHz, GMA 3150, memory of 16 GB NAND Flash (or 32 GB internal + 32 GB optional SD card), a webcam, two USB ports, flash card reader, a UMTS modem and six hours of battery life. Not to mention Adobe Flash and Air support. This device will also feature its own App Store and the Android Market should be onboard as well.