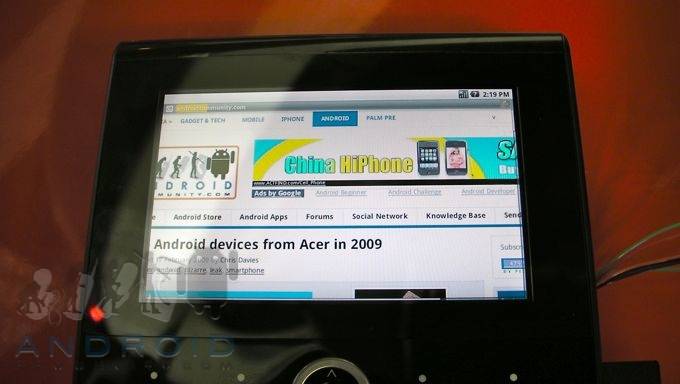 Texas Instruments were demonstrating their Zoom OMAP34x-II Mobile Development Platform at Mobile World Congress this week, and among the software was a very recent build of Android.  In fact, according to the TI staff, the Android build they’re running is only a week old.

The Zoom is intended for developers interested in coding for the OMAP3 chipset, and has a 4.1-inch capacitive touchscreen running at WVGA resolution, HDMI out, WiFi and optional 3G, together with 16GB of storage plus an SD card slot, a QWERTY keypad and an 8-megapixel camera.  TI will happily sell them to consumers, too, though you’ll need deep pockets: the WiFi-only version is priced at $1,150 while the 3G-equipped Zoom comes in at $1,399.

We asked TI whether they had forked from the standard Android build, and they were at pains to say no; they’ve been feeding back in their code developments to the Open Handset Alliance.  Check out the demo video, which shows just how well the TI Zoom runs the Google OS.