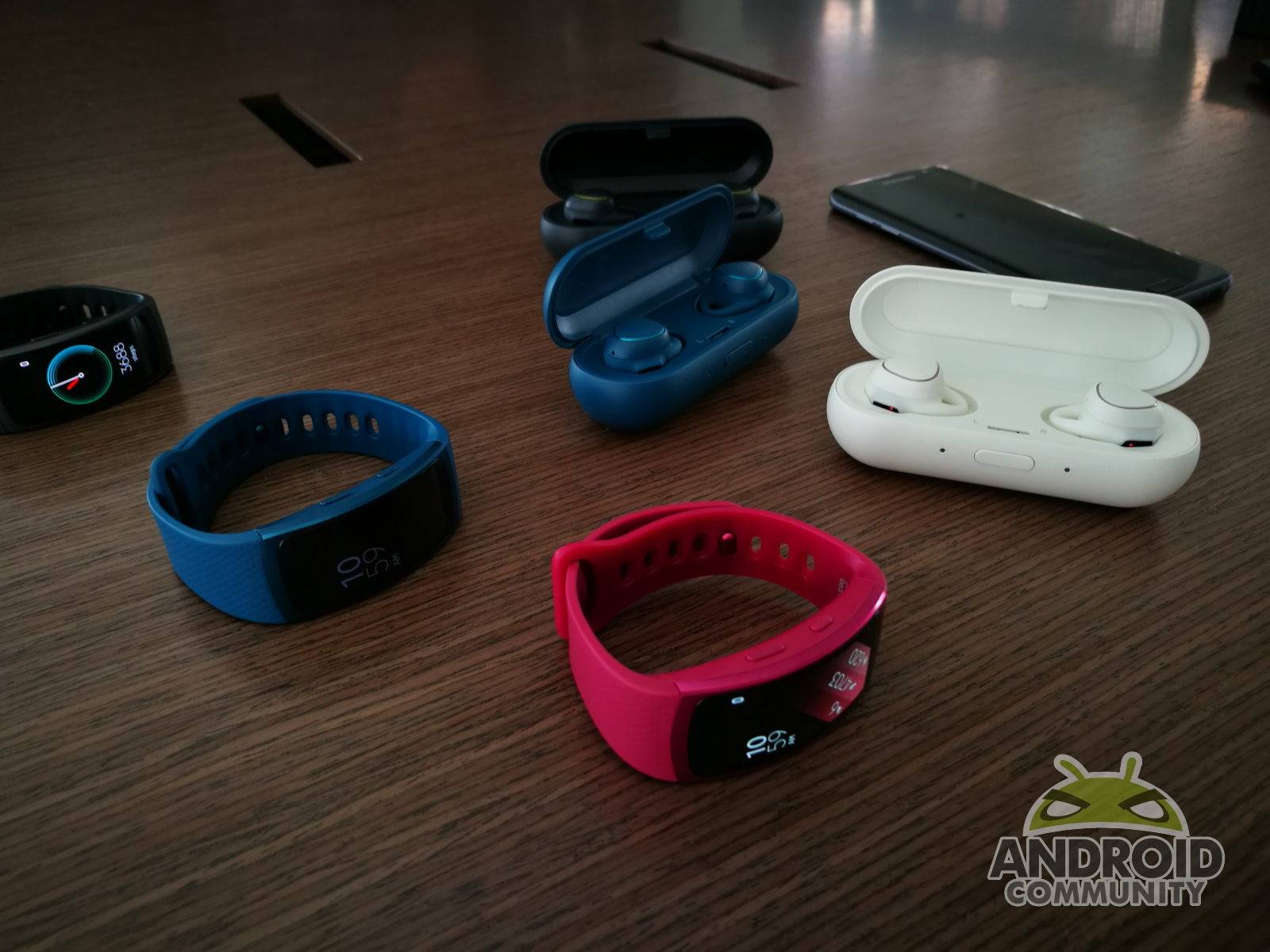 A fitness tracker in your ear? Don’t laugh – that’s the idea behind the Samsung Gear IconX, which we spent some time with alongside the Samsung Gear Fit 2 this past week in order to get hands-on with the latest active lifestyle accessories to emerge from the Korean company. Samsung is determined to tap into what it perceives as a burgeoning fitness and exercise market with these two products, which build on the success of the Gear Fit that was released two years earlier.

We’ll start with the Samsung Gear IconX, since it’s an all-new member of the brand’s fitness-tracking family with a somewhat novel approach to what is by now a well-worn segment of the personal electronics industry. 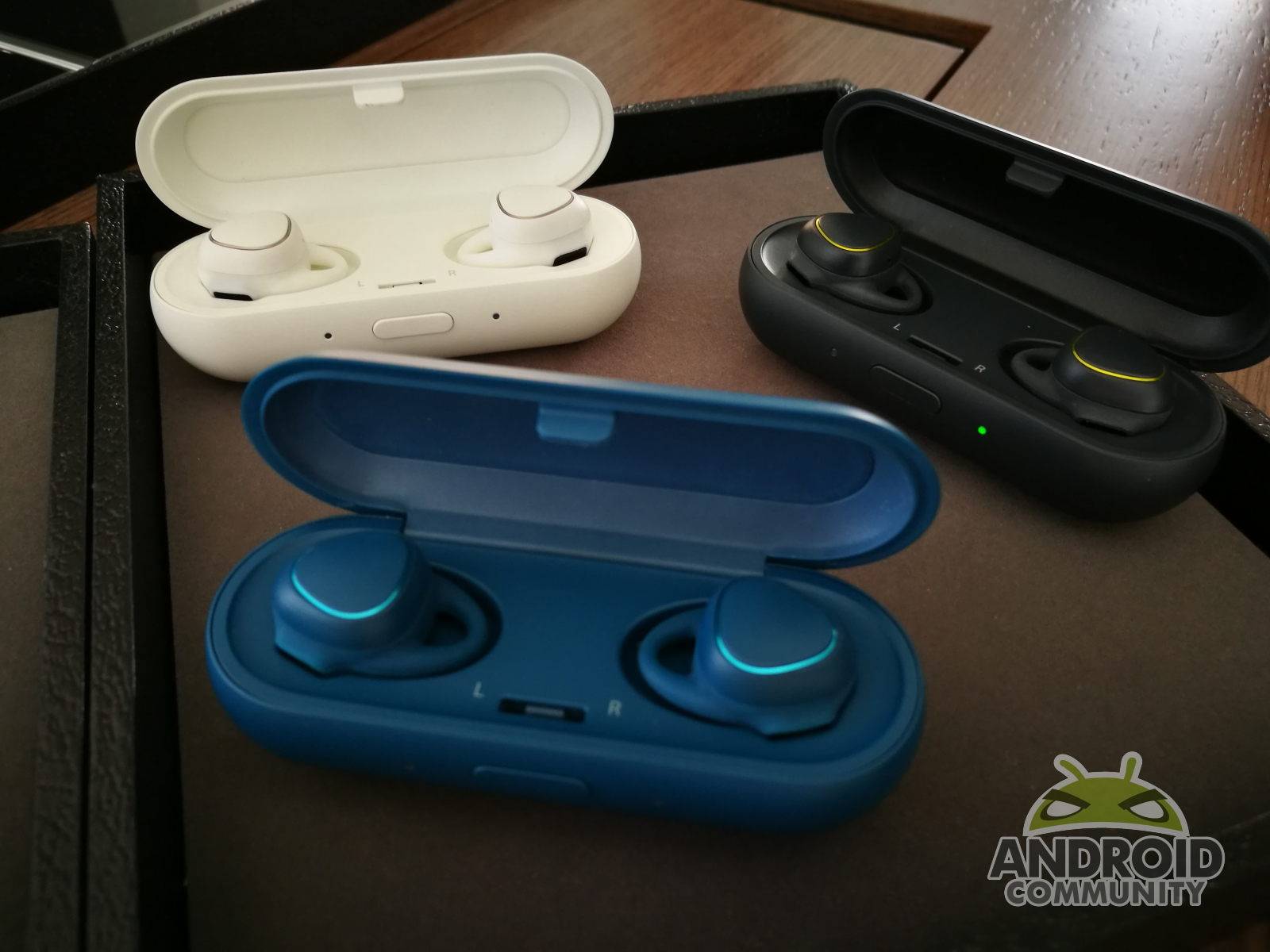 At its core, the IconX is a set of Bluetooth earbuds, capable of connecting to any Bluetooth-capable mobile device in order to stream music, field phone calls, and relay audio from TV shows and movies. The units are discrete, with no cable connecting them together, and they recharge via a custom case. Three different gel tips secure them to your ear while in use, along with two wing tips, and Samsung says they tip the scales at a mere 6.3 grams. 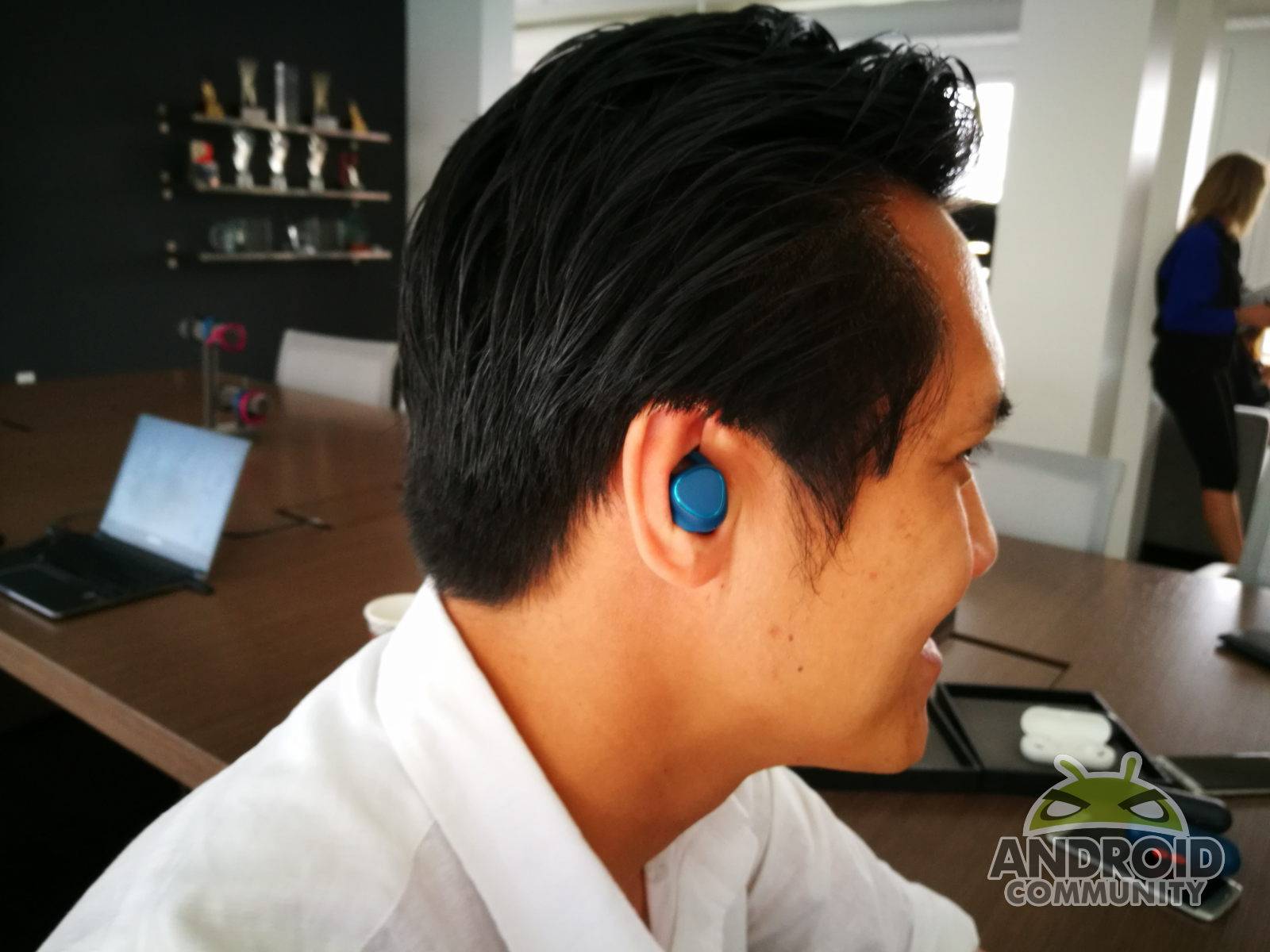 We found them relatively comfortable in the ear, but how long they stay in there is going to depend on how you decide to use them. Battery life is only good for 1.5 hours of constant streaming should you keep the set of IconX buds connected to your phone, for example, which is a fairly short window. Tap into the 4 GB of internal storage, however, and you more than double that time to just over three and a half hours. 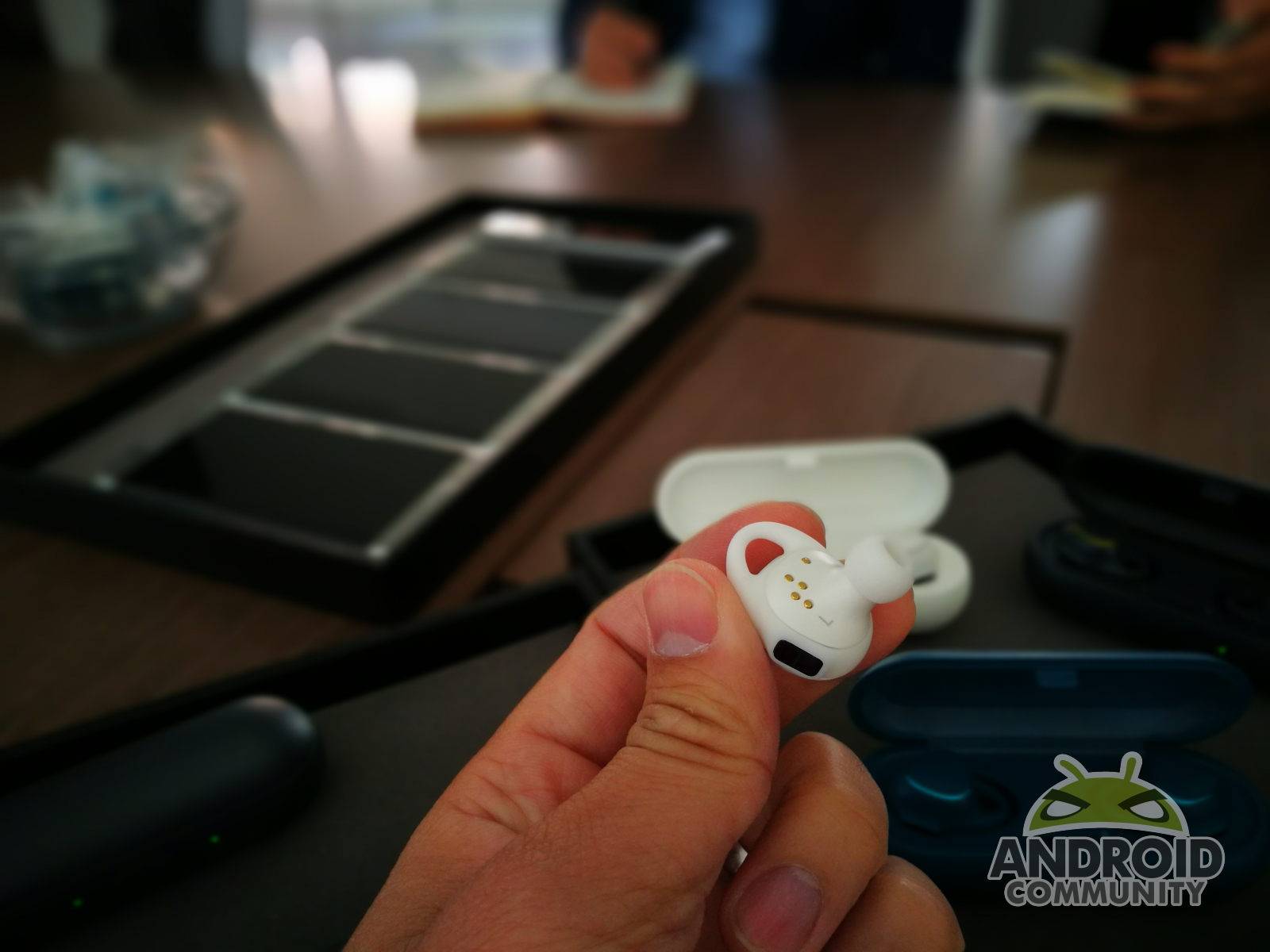 If you don’t care too much about stereo sound, you can use one earbud while the other recharges, but even better news for those who find themselves away from an outlet for an extended period of time is that the case itself can store two full charges for later use. A tap interface on the buds controls how the music plays – one tap to start, two taps to skip, and three taps to repeat the song you are currently listening to. Tap and hold gets you through the IconX’s menu system, and a finger slide adjusts volume. 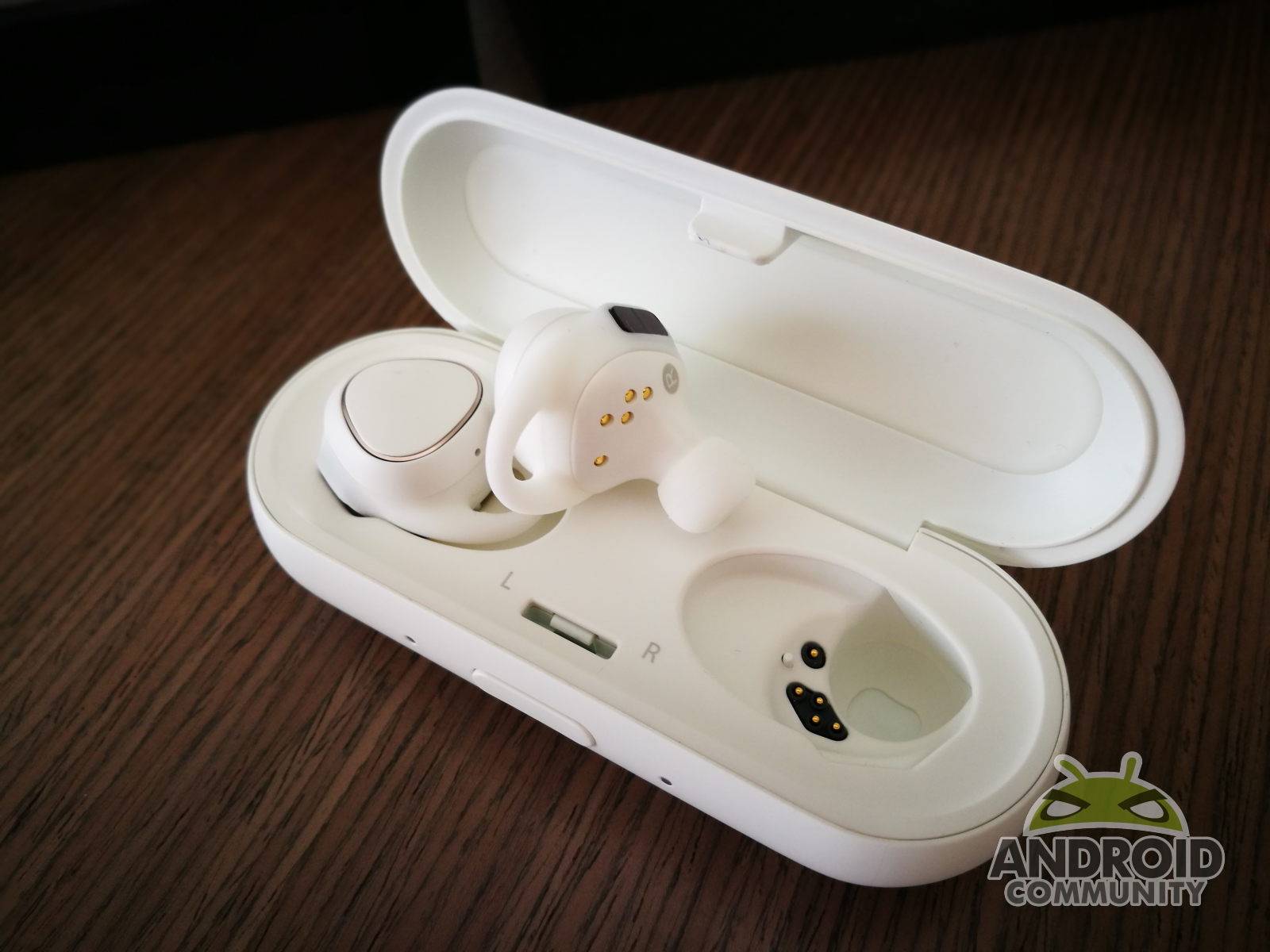 From a fitness-tracking perspective, don’t look for an extensive suite of features from the Samsung Gear IconX. Still, there’s some fun stuff in here you’re not going to get from any other set of Bluetooth earbuds, really, including a heart rate sensor that can track your progress through the intensity zone of your workout, along with a distance tracker and a speed sensor. The date can be viewed by syncing with the Samsung S Health apps. 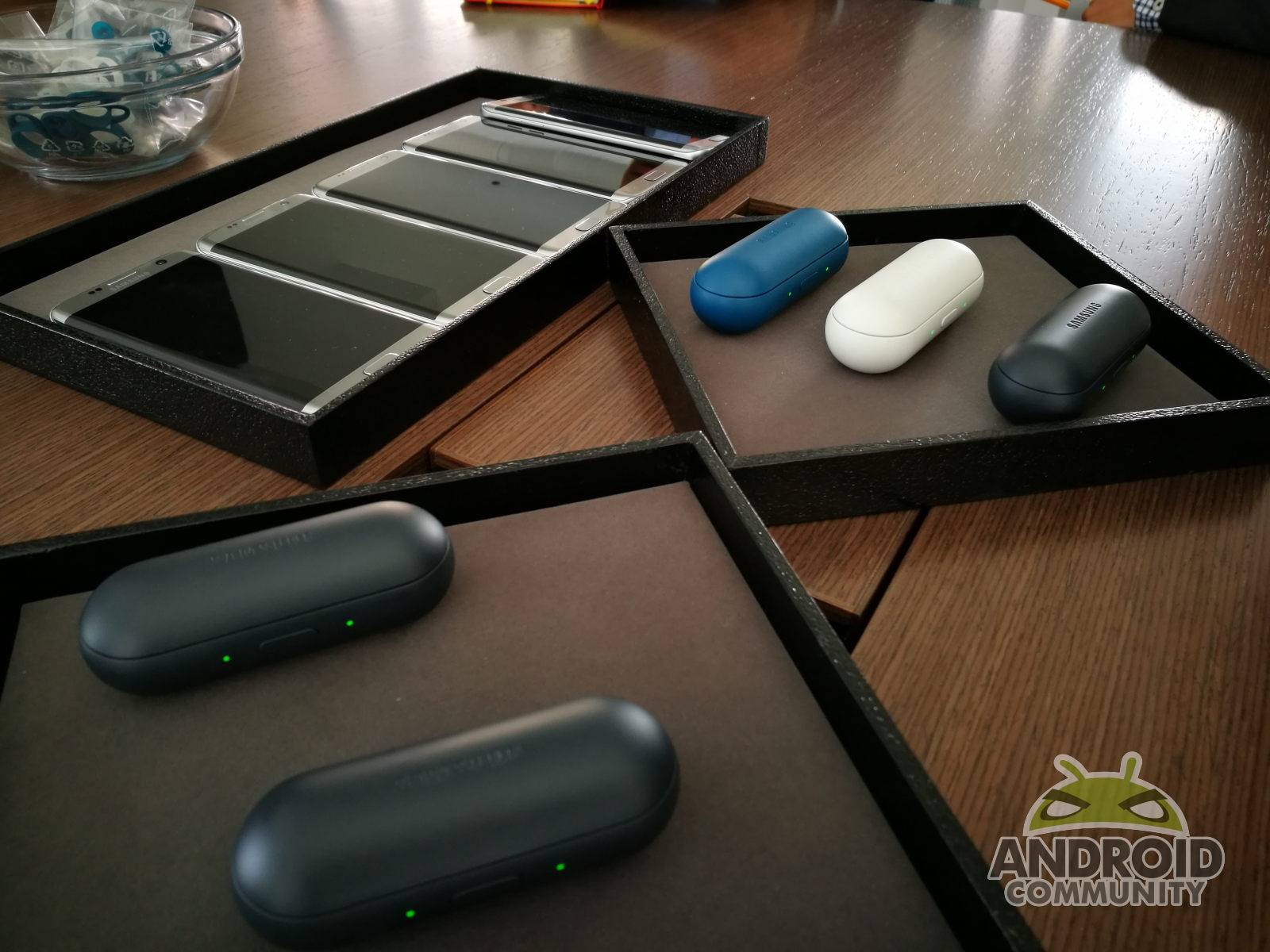 For gym rats and running addicts who need more than what the IconX can provide them, Samsung is happy to offer the Gear Fit 2. This armband upgrades the functionality and styling of the original Gear Fit, strapping around your wrist to help guide you through your fitness routine in style. 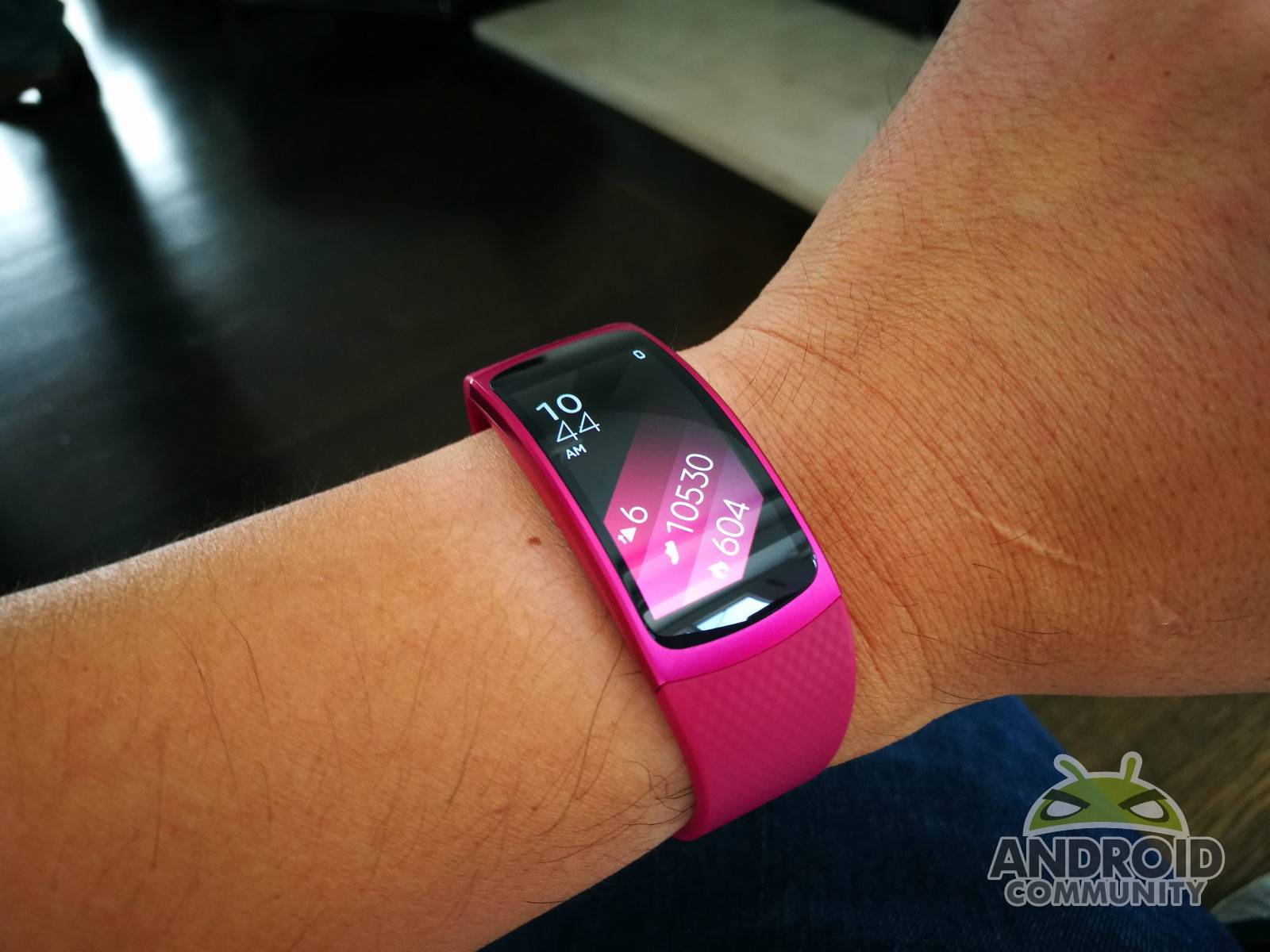 Comparing the Gear Fit to the Gear Fit 2 reveals one very important addition to the new model: an internal GPS sensor that means the device no longer has to rely on a connection to a smartphone for location data. The decisions to install a GPS sensors inside the Gear Fit 2 also improves the quality of the data that is being collected: you get distance and pace together, and Samsung allows you to visual that on a set of maps. Combined with the other motion sensors embedded in the device, the wristband can also automatically tell when you’ve stopped or started a given activity, as well as determine what type of a workout you’re doing (or if you’ve passed out for a nap while still wearing the Fit 2). 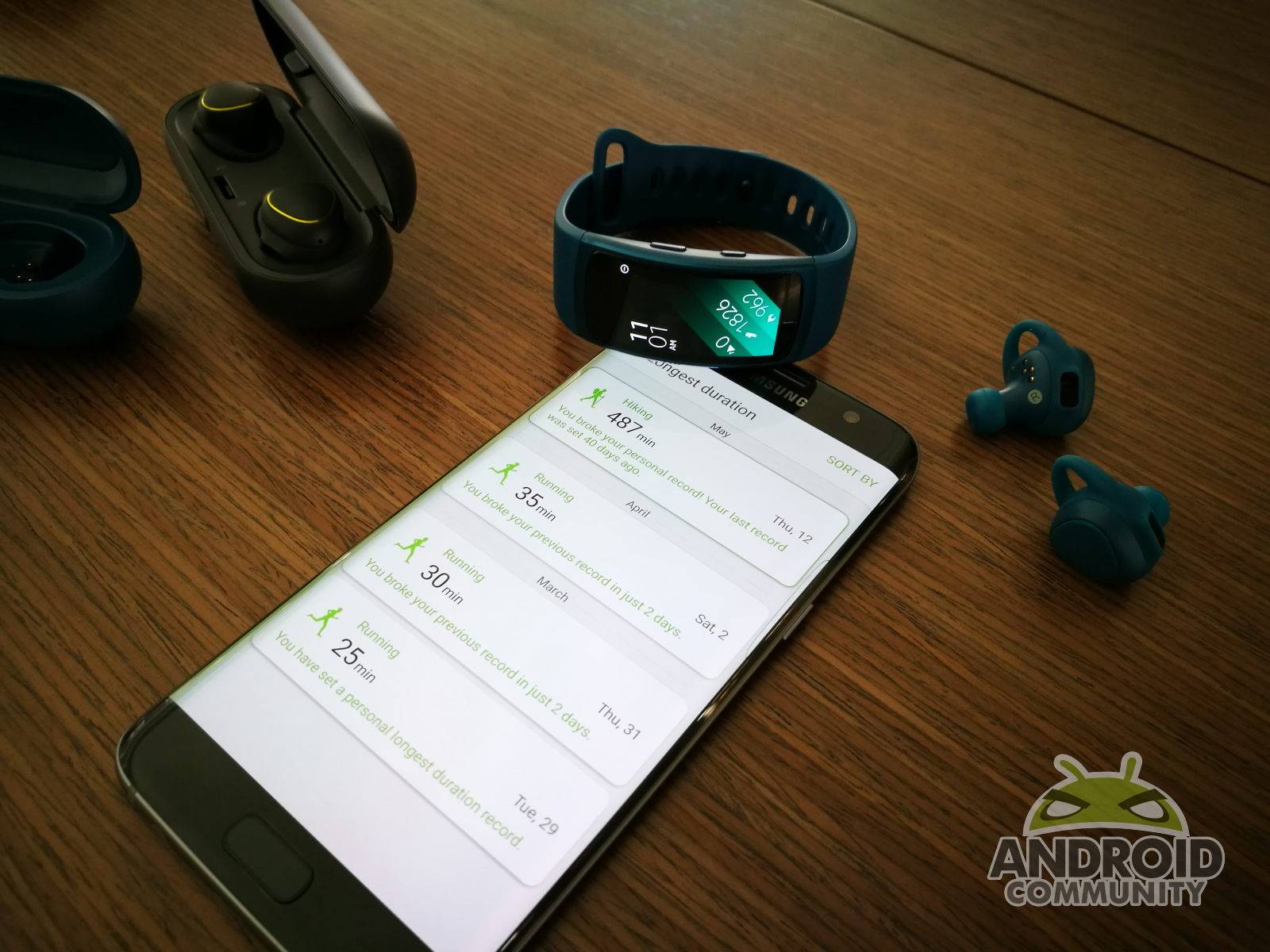 Ergonomically, the Gear Fit 2 is an improvement over the original thanks to its wider 1.5-inch AMOLED display, which is curved for both a slicker fit and a more complete viewable area. In addition to offering its fitness features, the device can stream music from a mobile phone (even accessing online services such as Google Music, Amazon, Pandora, or Milk Music), as well as access its own 4 GB of internal storage. You can also use the Gear Fit 2 to interact in a limited way with messaging and calls on your phone using a set of predefined responses. 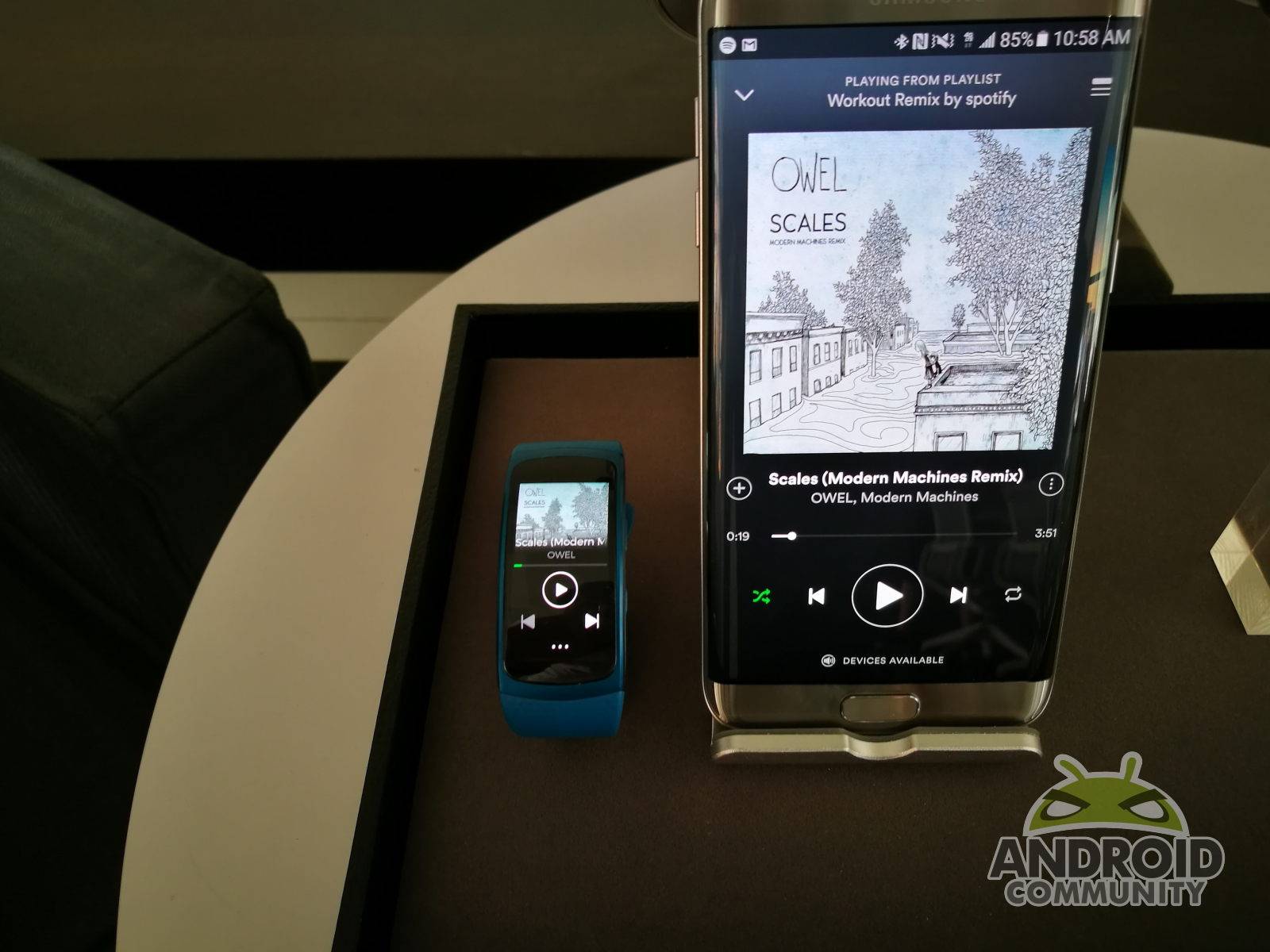 Even though it weighs only 33 grams, you get about four days of use out of the Gear Fit 2 before it needs to be charged again (and five days in standby mode). That longer battery life, as compared to its predecessor, comes partly from Samsung cutting back on non-fitness related features and creating a more focused device. It’s also somewhat waterproof – rated IP68 – which means you don’t have to worry about perspiring all over it, or dropping it on a bike trail. There are three colors to choose from for the band (black, blue, and pink), and two different sizes. 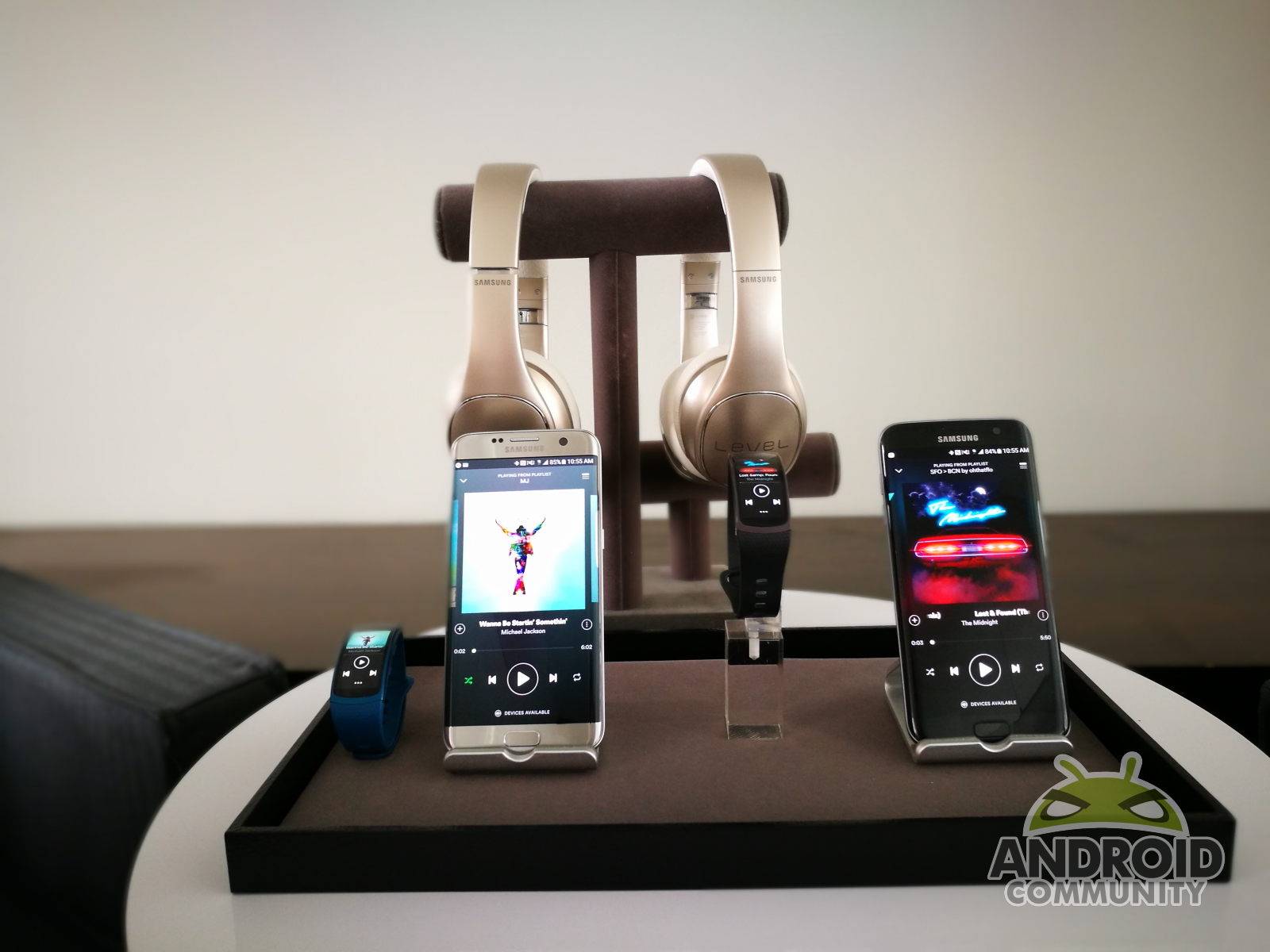 Samsung is betting that the innovations it has packed into both the Gear Fit 2 and Gear IconX will help it tap into a new batch of customers eager to capture every single second of sweat and then analyze it to improve their workouts and bolster their overall health. Although we haven’t been told when, exactly each device will go on sale, Samsung did let us know that the devices are priced much closer than you’d expect: $179 for the Fit 2 and $199 for the IconX. It’s a bit unusual to position the earbuds, which have less health tracking functionality, higher than the Fit 2, so we’ll have to see how customers react when they finally hit stores online.