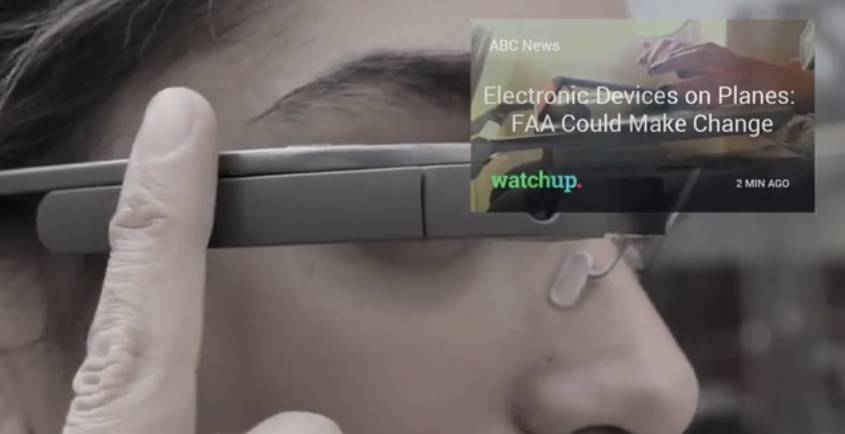 Another new app has arrived for Google Glass users. This latest is called Watchup and will allow Glass users to watch news videos from a variety of channels. The app is still considered to be a beta release, however Glass users will be able to download the app directly from the MyGlass setup.

The one limitation that comes with the app being in beta will be the amount of available channels. The folks at Watchup have said there are “only a few channels” however they are planning to offer “more content in the future.” For now the first partner is PBS Newshour (for those in the US). Also worth noting, if you happen to be in the UK and wearing Glass you’ll be able to watch Sky News videos.

That being said, the app will allow you to watch, as well as pause, fast-forward and rewind videos. Users can also have the headlines read aloud. As mentioned, the app can be installed through the MyGlass setup. From there it is just a matter of flipping the toggle from off to on. Otherwise, once the app is activated you can head to www.watchupforglass.com/edit to manage your channels.