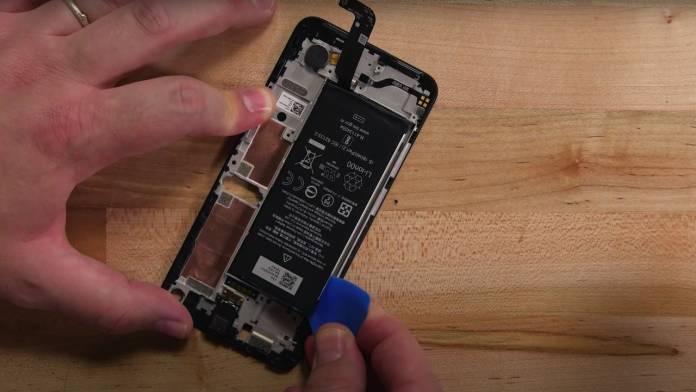 Ah, yes. Teardowns can be messy and crazy especially if you don’t know what you’re doing. However, the likes of iFixit already know how to tear open a device in an organized manner. What’s also good about iFixit is that it presents teardowns in more interesting ways. We watched that live teardown of the Samsung Galaxy Note 20 Ultra 5G more than a week ago. It was followed by another one that had the Galaxy S20 and Galaxy S20 Ultra pass through an x-ray.

This week, let’s take a look at this “Very Quiet Disassembly of the Pixel 4a”. It is indeed quiet. If you don’t have your headphones, you may not hear anything.

No words. No music either. If you’re into ASMR listening, this is one example. Watch the video and read the subtitle.

Opening the Pixel 4a has not changed much since the Pixel 3a. No need for too much heat to separate the back panel from the front part with the display. Insert a credit card or a guitar pick around the edges to separate the two parts. Be careful not to take out the panel because you could damage some cables.

Use a small screwdriver to take out the few screws around. Remove the display to show a midframe that is said to be similar to the Pixel 3a. Take out the Tork screws you see on the sides to reveal that the motherboard lifts up with the midframe including other attached components.

Taking out the rear case may be complicated so watch out again for some cables. If you want to see the battery, remove more screws around. Remove the lower speaker first to do so.

You will also notice that the motherboard is actually clipped in place so you know it’s sturdy. The chips are covered by some shield. There are some battery adhesive but nothing a bit of alcohol can’t remove. When you take out the battery, you will notice some adhesive strips.