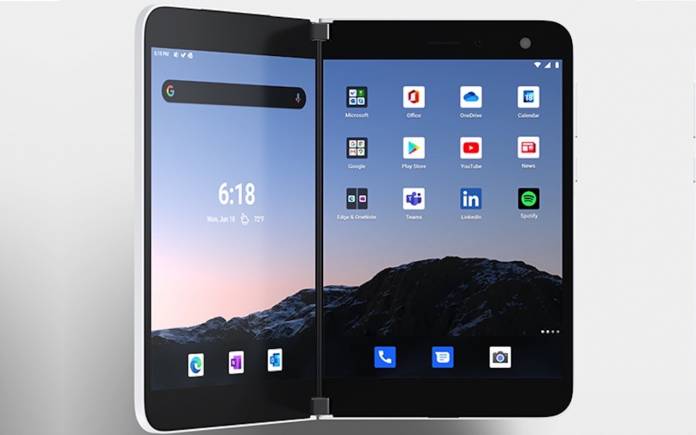 Does Microsoft need to explain itself with its decision to release the Surface Duo that? Well, not that many of you are interested but the software giant feels it has to justify the device. We welcome any information especially since the hybrid smartphone-tablet is expensive at $1,400. The device could very well rival the Samsung Galaxy Fold and the Huawei Mate but Microsoft’s entry is not that advanced. We only know about why it doesn’t have NFC because it’s not needed. Microsoft just said the device is ready for productivity.

Microsoft is focused on mobile productivity. The device allows people to finish complex tasks while away from their laptops or desktops. We understand the objective but the price is just too much.

The Surface Duo only runs last year’s Snapdragon 855 processor and is only powered by a 3577mAh battery. It is powered by Android 10 with a customized interface. The specs aren’t exactly powerful for the price but it can still be pretty useful.

With the dual-touchscreen clamshell form, we can be certain the large screen real estate won’t break. Microsoft posted a video on YouTube explaining the Surface Duo further.

Is the $1,400 price tag worth it? Maybe. If money is no problem. It offers advanced multitasking with the custom interface of the phone-tablet.

The bigger display can show two apps at the same time. They can be loaded at once with the help of App Groups. You can also just load the app across both screens. The screen can be used in either landscape or portrait.

Microsoft’s Chief Product Officer for Windows and Devices, Panos Panay, explained why those features are not there. Dual-displays are probably more important if you want to be more productive than ever.

Panay explained, “Once you’re in, you stay in, you don’t have to keep disengaging. When you’re in a single screen it’s very different. You’re dismissing an app, or putting it away, or burying it, and doing something else. In this case, with windowing … you can see how Windows comes to life, and there’s a ton of productivity.”

Microsoft very well means multitasking is major. The price may be the only problem for now. We like the idea but we doubt many people will spend that much for a device not loaded with the latest features.