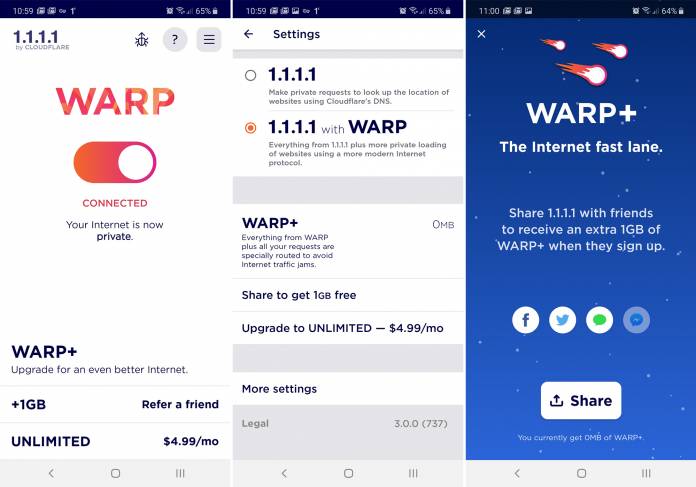 Getting fast, secure, and free VPN can sometimes be a challenge as you can’t get all three in just one service. That’s why we’re always on the lookout for something that can meet all the criteria. When Cloudflare announced that they were launching Warp VPN with both a free and a paid tier, we got excited and so did around 2 million people apparently. Now after months in limbo, they are finally making the VPN service available for everyone and they’re also apologizing it took them this long to get it out.

The folks over at Cloudflare were really apologetic about making the two million people on their waitlist to sign up for Warp VPN wait almost half a year for the service. When they announced it back in April, they didn’t expect that it would be that hard to build “a next generation service to secure consumer mobile connections without slowing them down or burning battery”. They were also “embarrassed” about the unexpected demand because they assumed people weren’t that concerned with security and privacy.

Now they’re confident enough to be releasing Warp VPN into the wild as people can now start downloading and using the service. If you already have the 1.1.1.1 DNS app, you probably have to update it first so you can start enabling Warp. If you’ve never used a VPN before, it will basically keep your online activity private as you’re using an encrypted channel for all your web traffic.

If you previously signed up for the service, you’ll get 10GB of Warp Plus, the faster and paid version of the app. But if you’re just signing up today, you just get the basic free version, “without bandwidth caps or limitations”. If you want to be on a faster version, then you’ll have to subscribe to Warp Plus, which uses Cloudflare’s virtual private backbone called Argo. The fee varies per region but in the U.S., it’s $4.99 per month.