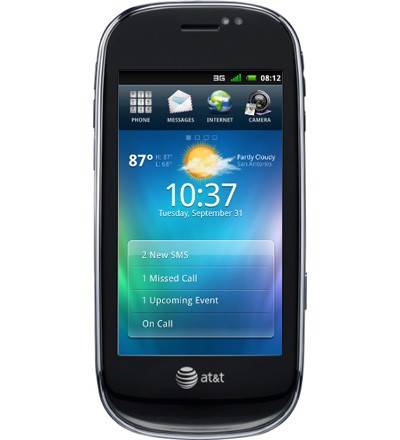 Seems like it was just yesterday that we all were disappointed when we found out that AT&T will use Yahoo Search instead of Google Search in the Moto BackFlip and you will not have the ability to install apps from places other than the Android Market. Well folks, they’ve done it again. The upcoming Dell Aero, a renamed Mini 3, will be locked down as well.

Like the Android device that came before it on AT&T, the Aero will not have the ability to install apps from places other than the Android Market. So there are no installing apps from your SD card or the developer’s site on your Aero. Even Google themselves are against this with their refusal to allow AT&T and Dell to stamp this device with the “with Google” moniker. There’s no word on which Google apps will be replaced yet, expect to see Yahoo Search again and maybe a few other missing components.

How many times am I going to have to use this title AT&T? Let’s hope that this is the last time. It’s totally clear to everyone that they are trying their best to keep their deal with Apple’s iPhone. They are even willing to lose potential customers to do so. Is keeping the iPhone really that important? It’s near the end of its product life cycle, AT&T need to be more concerned with the next best thing or they will surely be left behind.