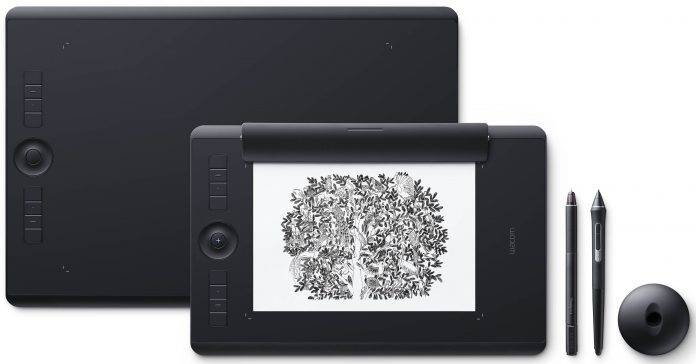 For artists and designers who use both analog and digital to make their creations, sometimes the usual Android or iOS tablets don’t do the trick because of pressure point or pen compatibility issues or sometimes you just need a drawing tablet while working on a bigger screen. Wacom is one of those brands that have made a name for themselves by creating products like pens and smart tablets that are truly targeted for those who make their living out of drawing designing or even those who just love to do it. At the ongoing CES 2017, they have unveiled three new products: the Intuos Pro, Intuos Pro Paper, and Bamboo Folio.

The Intuos Pro and Intuos Pro Paper are similar to the previous smart drawing tablets that Wacom has released, but of course they have improvements and new features. They are just less than half an inch thick but still has the same active area size as previous models. They also have an anodized aluminum back, a new pen case and a pen stand with 10 nibs. They also have eight ExpressKeys, TouchRing and is Multi-touch, and they also come with the Pro Pen 2. The new stylus from Wacom has 8,192 pressure levels. The Pro Paper version allows users to write on paper which will then be stored digitally so you can work on it more on the tablet itself. It also comes with the Wacom Finetip Pen with gel ink.

Meanwhile, the Bamboo Folio is a smaller smartpad meant for those who are on the go and need to jot down notes or sketches quickly. It is probably the best combination of traditional pen-on-paper writing and digital writing. With just one press of a button, your handwritten notes and sketches are then converted to digital format. It can save up to 100 pages of content on the smartpad itself and can accommodate A5 paper on its folio case. Your content will have to be pushed to a cloud storage service eventually. 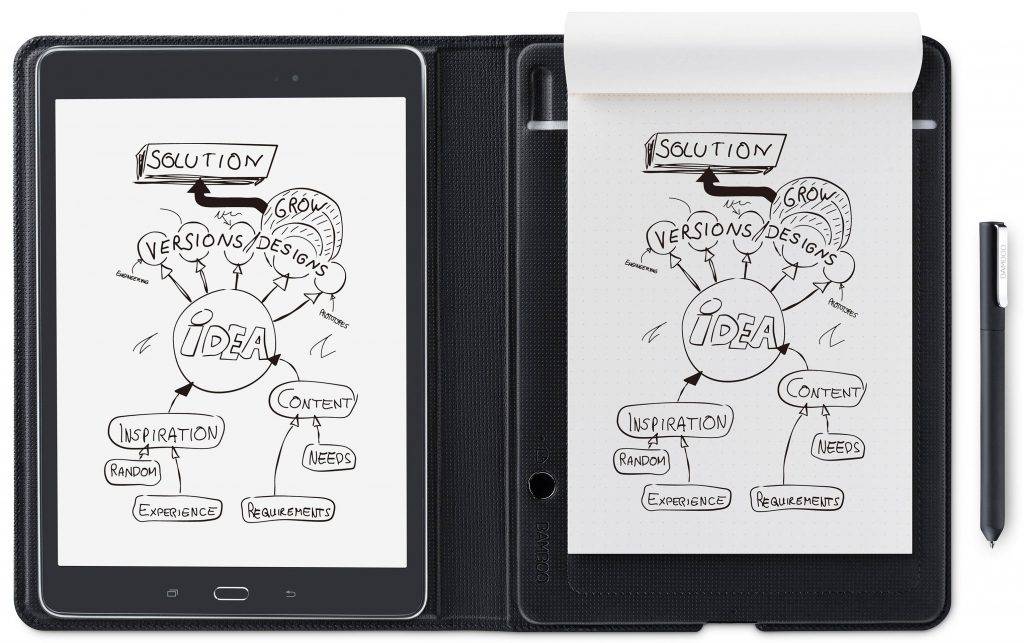