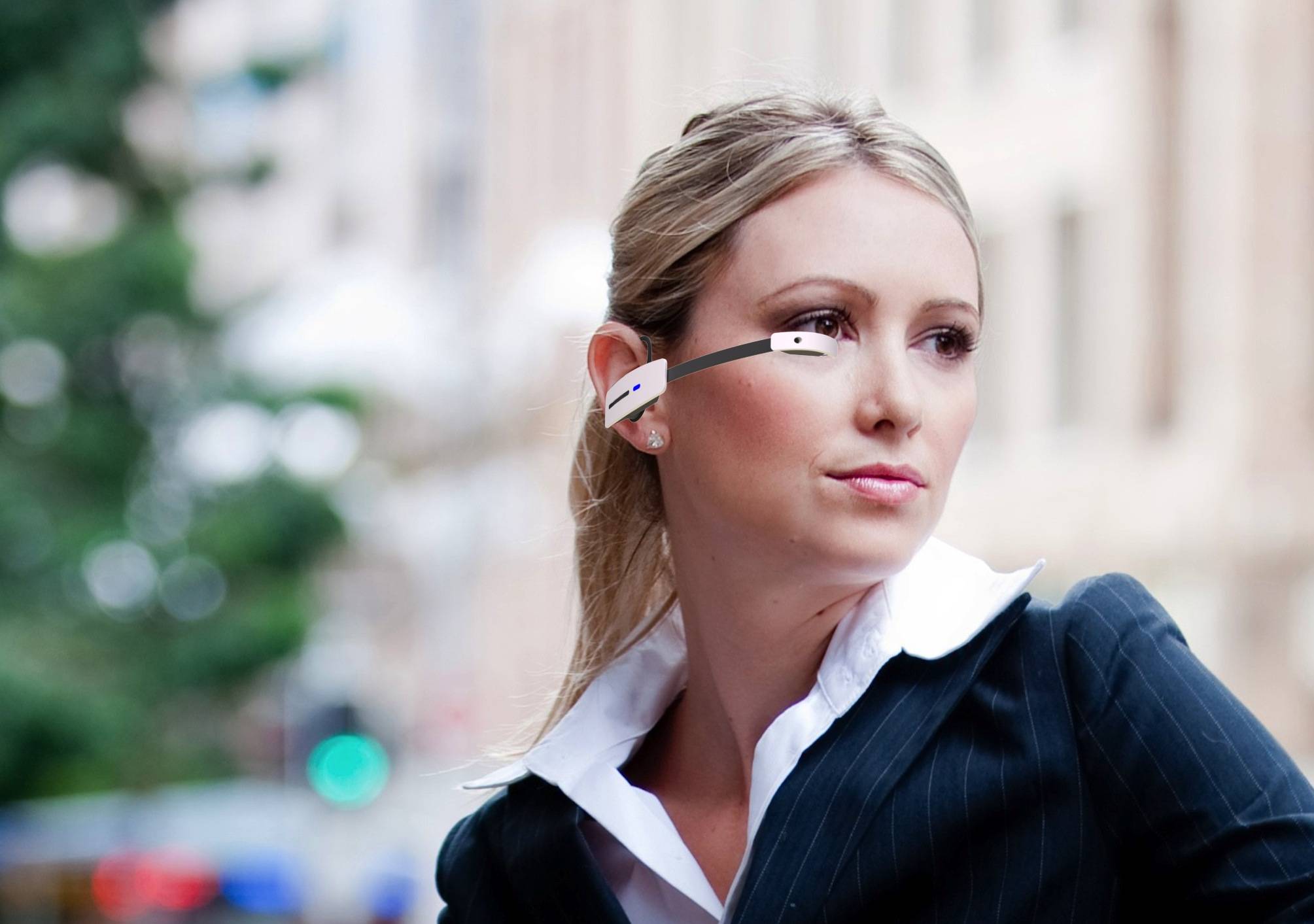 Every now and then, something comes out and Google’s Project Glass that gets everyone excited again. Well, move over Google, because Vuzix has just shown off its own Project Glass competitor that’s expected hit the market in 2013. Even cooler, the M100 device is based on Android Ice Cream Sandwich. The best way to describe the look of the device is to compare it to an oversized Bluetooth headset.

The device features a virtual display eyepiece, integrated WiFi and Bluetooth, a 720p HD camera, and head-tracking sensors. It works with Android smartphones on all aspects of augmented reality. These apps can be hands-free calling, photography, web browsing, and SMS messaging, as well as visual navigation using services. Basically, it works with almost any smartphone app that can output to an external display. It also has a 3-axis head tracker that is paired with a gyroscope, GPS, and a digital compass. It also comes with an earpiece and a noise canceling mic for recognizing voice commands.

The device displays in WQVGA resolution with a 16:9 widescreen aspect ratio. It gives the impression of looking at a 4-inch screen at a distance of about 14 inches. It comes with 2,000 nits of brightness, which is great for looking at the screen while outdoors in a sunny setting. The device works with either the left or right eye, so you can use it however you are comfortable. 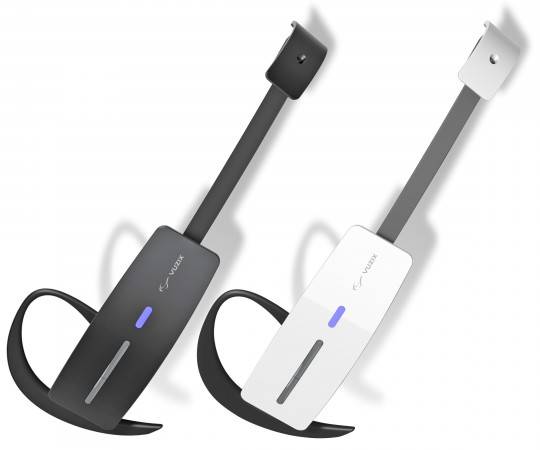 The camera shoots widescreen video and images at 1280 x 720 resolution. The device runs a custom version of Android 4.0 on a 1GHz OMAP4430 processor with 1GB of RAM and 4GB of flash storage. It connects through WiFi b/g/n and Bluetooth.

The battery looks to be good for about 8hrs of hands-free use or two hours of use with the screen on. If you were to use the hands free screen and the camera at the same time, the battery would only be able to run for about an hour. We are not sure how this compares to the battery life in Google’s Project Glass, as Google has been silent on the matter thus far. 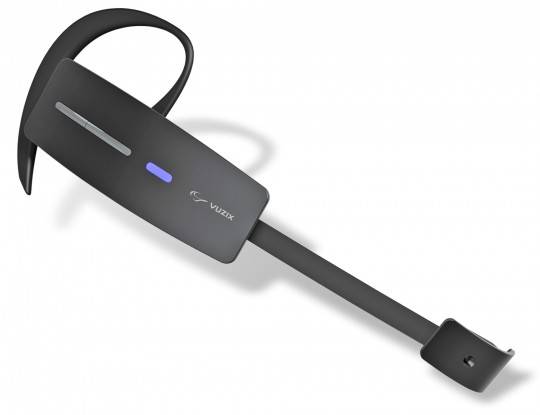 Exact pricing and availability for the Vuzix M100 haven’t been revealed yet, but hopefully we should find out soon. A developers kit can purchased now for $999. This includes the Windows-based emulator, sample code, access to a private coders portal with assistance from Vuzix, and the promise of an early production M100 when available. The software elements of the bundle are expected to available in December of this year.