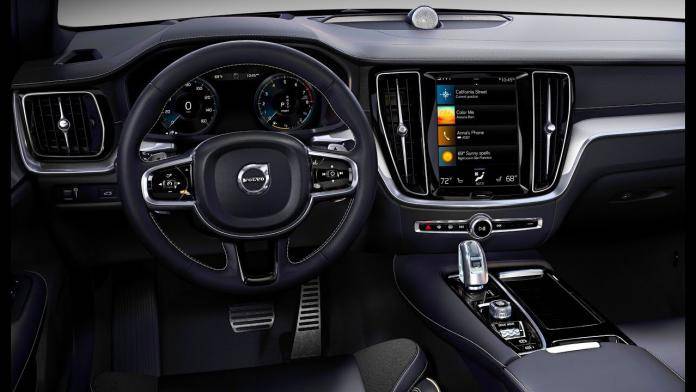 Last year, Google announced that they were bringing a more deeply integrated version of their Android Auto platform which they (confusingly) called Android Automotive. Now it looks like we have an official announcement from Volvo that their upcoming new electric car, the Polestar 2, will be the first car to have it onboard, although they refer to it as Google Android HMI. While it is set to be unveiled in a few weeks, production was pushed to 2020 so it might be the first to announce but it might not be the first to hit the market.

While Android Auto is more of a projected interface from your smartphone, Android Automotive is partnering with car makers and actually having customized cars running the infotainment system that is integrated into the vehicles themselves. In the case of Polestar 2, there is a large vertically-mounted touchscreen that will be running the program. It will have Google Maps and the Google Play Store built-in so you can install the apps you will need as you drive and travel.

Even more importantly for some, there is a Google Assistant button on the steering wheel that should be able to trigger the digital assistant and let you interact with Android Automotive through voice commands. So basically it removes the stock infotainment system of the brand and replaces it with an internal system that may be similar to the first generation Pixel. Well, at least that’s what it looked like when they demo-ed it at the Google I/O developers’ conference last year.

As for the car itself, it’s an all-electric, mid-size, four-door fastback that is seemingly going to compete with Tesla’s Model 3. It has around 400 horsepower and 300 miles of range and will be priced at around $45,600. As we earlier said, production has been pushed back to 2020 so other cars by Renault, Nissan, and Mitsubishi may either beat them to the market or come out all at the same time.