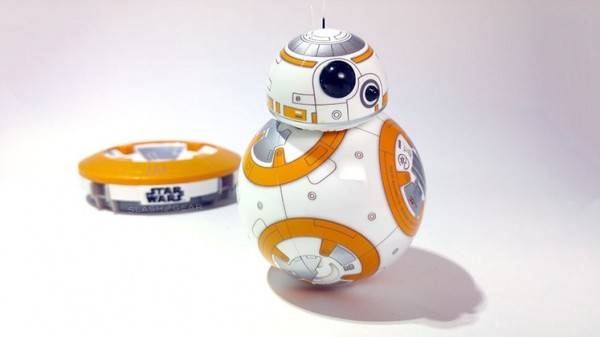 If you were one of the early adapters aka Star Wars freaks that got yourselves an early Christmas gift by buying the Sphero BB-8 Star Wars droid, then we hate you. But seriously, everyone who don’t have the droid yet is suffering from geek envy. One thing though that disappointed some users is that the advertised voice command wasn’t working yet. The good news is when you update your BB-8 Android app now, you will be able to order your cute droid around.

Version 1.0.1 of the Android app that connects your BB-8 to your smartphone now allows you to talk to your droid and order it around. Just turn on the Voice Commands option, and then set up your own voice since you have to teach it to recognize your voice alone. You can instruct it to go on patrol mode and then move forward or backward. If you yell “It’s a trap!”, it will try to escape and speed away.

If you’ve been living under a rock in Tatooine, the Sphere BB-8 was released earlier this month. It is a remote-controlled robot that obeys your commands either by controlling it through the app, or now, finally, through voice commands. It can also move autonomously when put on patrol, and adapts its personality to what you’re asking it to do. It can also create and send holographic messages, almost like in the actual movies.

The app has also fixed some bugs and added compatibility to more Android devices. There are also minor interface tweaks as well. You can check your app now on the Google Play Store to see if the update has rolled out. And if you don’t have the BB-8 yet, better save up $149.99 so you can get your own personal droid.