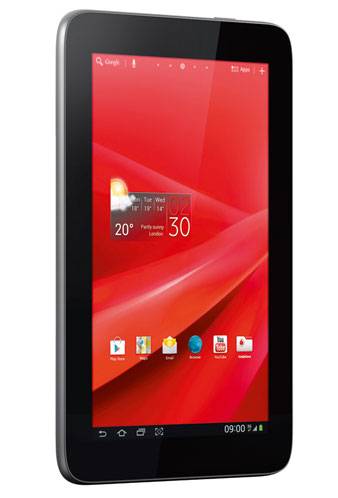 Vodafone has announced a new Lenovo-powered tablet available for its customers. This new 7-inch tablet is called the Vodafone Smart Tab II. Besides being a decent tablet, this one comes in with a very reasonable price, whether you get it on contract or with prepaid mobile data.

If you elect to go with a contract, you can grab the tablet for £29 with a two-year agreement of a data plan costing £20 monthly. That plan comes with 2 GB of mobile data, which is pretty fair for the cost of the plan. Of course, there are higher plans if you need more data, but they will cost you a little more. If you are not interested in being locked into a contract, Vodafone has you covered.

If you want the tablet with no contract, you can get it for £149. While it costs a little more, you are not locked into a data plan, which could be cheaper in the long run if you do not intend to run cellular data on the tablet all the time. Either way, this is a great price for mid-range tablet running Android 4.0 Ice Cream Sandwich.

The tablet also comes with a 1GHz processor. It comes with 4GB of internal storage and is expandable with up to 32GB microSD cards. The tablet comes with a 1024 x 600 resolution. It also features a 3MP rear-facing camera and .3MP front-facing camera. While not a high-end tablet by any means, it’s pretty good when you consider that you can grab one for £29 with a contract.