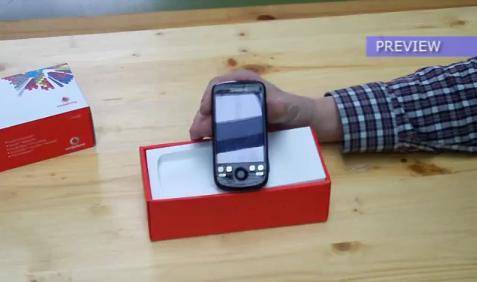 Vodafone Germany surprised us all with a sneaky early launch of the HTC Magic this week, and the first handsets are being delivered.  Our friend Sascha is one of the first to get his hands on the Magic, and he put together an unboxing video of the new Android smartphone.

Unlike the white Magic handsets that we’ve seen the most of in the run up to the launch, Sascha’s HTC is black and it certainly suits that color.  While in the image above the keys look to be white, in actual fact they’re just silver and are reflecting the overhead lighting.

Aside from the HTC Magic itself, Vodafone bundle a slip-case (which “feels a little cheap”), a USB cable, power supply and a wired stereo headset.  More information on the handset itself in the video below, and you can check out our previous coverage on the Magic for more details.