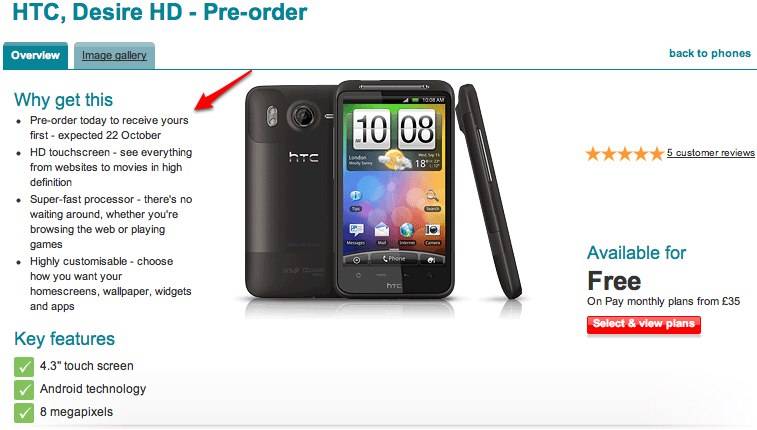 October 14th came and went, with no sign of the Vodafone HTC Desire HD arriving as initially promised.  Now, the carrier’s site has been updated to suggest the new Android 2.2 smartphone isn’t expected to ship until October 22nd.

There’s no explanation for the smartphone’s delay, but we’re guessing it’s a similar reason to the delay of unlocked handsets which means online retailers are having to wait until the end of the month before they get stock in.  More on the HTC Desire HD here.