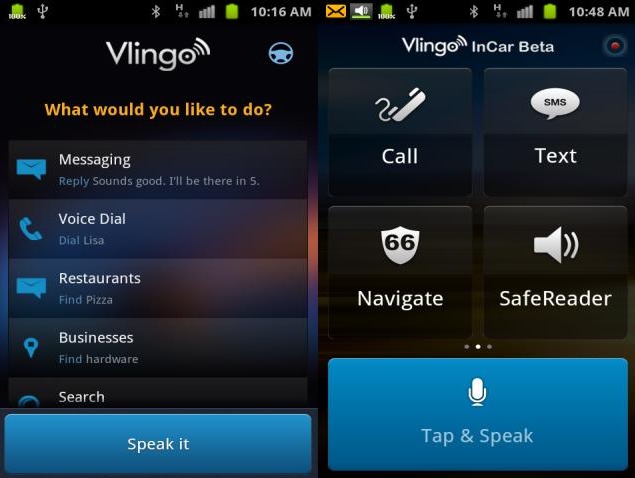 Have you ever used Vlingo before? If not you should definitely check it out. It is the most popular Voice assistant app on the market second only to Google Voice. With Vlingo you can send text messages, search and get directions, open Google Maps and other apps, and even make phone calls. It really does just about everything you can think of, and all just by using your voice.

Updated today in the Android Market you can expect to see polished and pretty new UI changes as well as a few other new things. The amount of control Vlingo gives you is huge, I only stated a few of the many above so feel free to explore all the options. For being free it sure is an awesome app and this latest update makes it even better.

Other things to notice are Vlingo can now accept voice commands in 8 different languages, including: French, Spanish, Italian, German, Mandarin, Korean (beta), Japanese (beta), and English like we have used before. With a shiny and sleek new UI and support for all those languages all for free I can really see Vlingo taking off even more after this latest update. Some might like Vlingo even more than Google Voice, either way both are getting better and better and I enjoy using both.