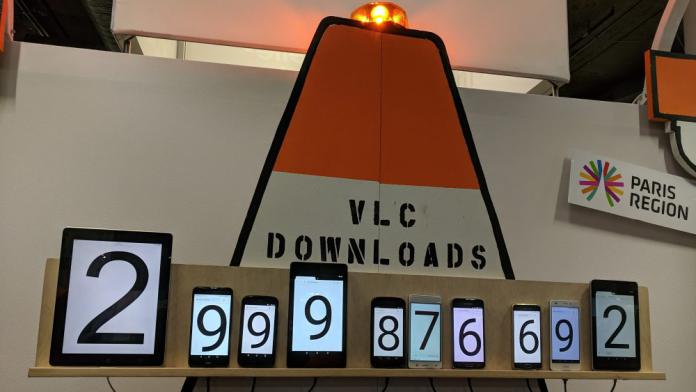 Getting 3 billion people, or at least 3 billion devices to download your app is no mean feat. VLC is close to getting to that magic number and may have already done so as of this writing. At the Consumer Electronics Show in Las Vegas, they have a special download counter to celebrate this milestone. Interestingly and not surprisingly, around 1/4 of those downloads actually come from mobile devices. And because of that fact, they will be introducing new features to serve those watching from mobile devices.

VLC shared some of their future plans for the app and what they will be supporting soon. Jean-Baptiste Kempf, one of the lead developers, say they are working in Airplay support right now. Once rolled out, it will let users beam videos from their mobile devices onto their Apple TVs. Android users laugh since Chromecast support has been there for some time now.

They also demonstrated another upcoming feature which is meant for the virtual reality fans. The enhanced support for VR will let you watch 2D movies even while using VR headsets like the HTC Vive. They reverse engineered leading VR headsets so that the main VLC app will still be able to support those VR videos.

VLC is also looking at an enhanced media library for those who will be switching from iTunes. While they are not aiming to compete with the likes of Plex, they still want to have a better way of managing these more complex media items that people may want to use on the VLC player. We’ll update you once these new features will be going live for the app.