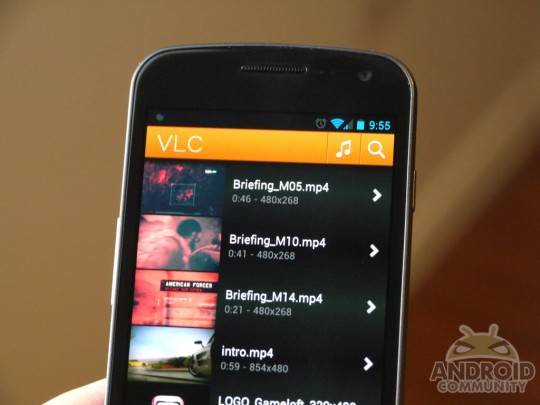 VLC points out that this is a beta version intended for power users and hackers, and it is not stable and is slower than the final version will be. This particular version is only for devices running an ARMv7 CPU that will support NEON. Other devices will be supported soon. The developers say that the app will play most local video and audio files as well as network streams just like the desktop version of VLC.

The app supports multi-track audio and subtitles as well as autorotation, aspect ratio adjustments, and gestures are supported for controlling volume. The app also includes a widget for audio control and supports audio headset control, cover art, and complete audio media library. The app has missing features and is an early beta so many things will be changing between now and future beta versions and the final version. The app requires the processor mentioned before and Android 2.1 or higher.