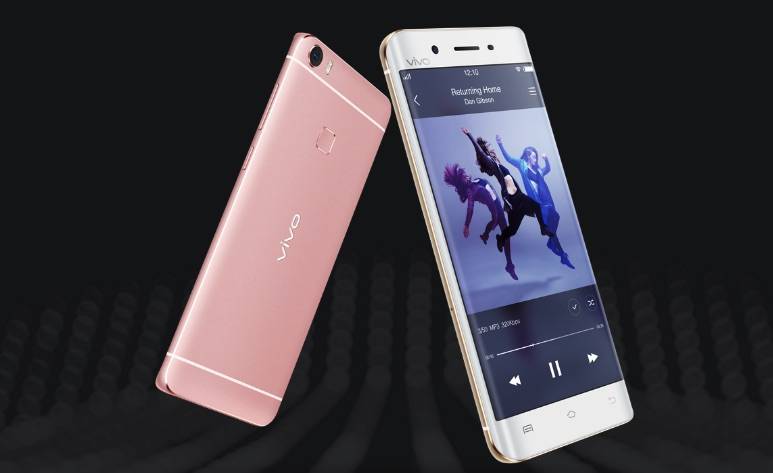 Not to be mistaken by the Vivo line by BLU Products, the Chinese consumer electronics company has just unveiled the new Vivo XPlay5. As we speculated, the set of photos that leaked last week turned out to be true. And yes, even the Snapdragon 820 processor and 6GB RAM information is true making it the first smartphone in the world to officially use such high memory.

The Vivo XPlay5 looks strikingly the same as the Samsung Galaxy S7 edge. It’s also an iPhone 6 look-alike in many angles. To say the least, the new Vivo phone is a mashup of the iPhone 6 and the Galaxy S7 edge but with a much lower price. If you think you don’t need that too much RAM, there’s a lower end version with only 4GB RAM and a Snapdragon 652.

The 6GB/S820 variant of the Vivo XPlay5 comes equipped with an Adreno 530 624MHz, 32GB storage, MicroSD card slot, and Android 6.0 Marshmallow. The lower 4GB RAM version only features a 16GB onboard storage and Android 5.1 Lollipop with 1.GHz Qualcomm Snapdragon 652 and Adreno 510 600MHz GPU. The curved edge screen really looks a lot life a Galaxy edge display but honestly, that’s not the first thing that will impress you but rather the 6GB RAM.

This new Vivo Xplay is a follow-up to the Xplay3S that came with an impressive 2K screen. There’s no Xplay4 but now we know that when Vivo releases an XPlay phone, it’s guaranteed to have one “extreme” feature. This year, the RAM is pumped up to 6GB.

Specs of the new Vivo Android smartphone include the following: 5.43-inch Super AMOLED display, 2,560 x 1,440 QHD resolution, 16MP camera with f/2.0 Sony IMX298 sensor, 8MP f/2.4 front-facing cam, and 3600mAh fast charging battery. Most of the features are considered premium already but sadly, there’s no NFC connectivity. It’s not even USB Type-C yet but that’s okay since the Galaxy S7/S7 edge also doesn’t have it.

No information on exact availability yet but the latest flagship phone by Vivo is now ready for pre-order. The 4GB RAM version is already expensive at 3,698 yuan ($560) while the 6GB variant is more pricey at 4,288 yuan ($650). Phone is available in either pink or gold.