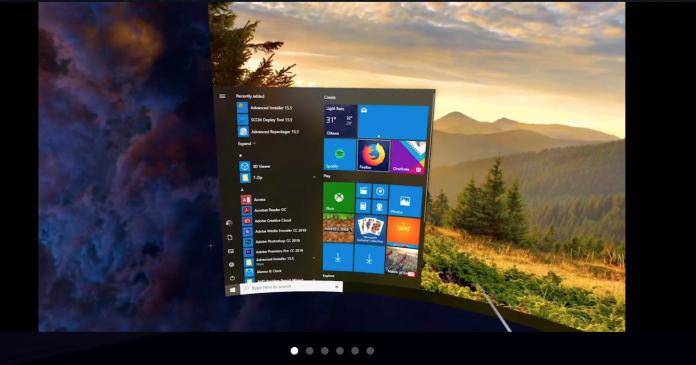 Even though various OEMs and apps have long been championing virtual reality and augmented reality, it still hasn’t fully caught on for various reasons. It may be a matter of VR/AR headsets being too expensive or apps and software not being too accessible. But some brands are catching on and trying to remedy that oversight. The Virtual Desktop app now has a cheaper version and is also now available for cheaper, stand-alone headsets like the Gear VR and Oculus Go so you can mirror your PC onto your VR world.

The Virtual Desktop software has actually been around for a while now but previously it could only support the Oculus Rift and the HTC Vive. It’s also pretty expensive for a software, at $13.99 for the former and $14.99 for the latter. Now if you have an untethered headset like the Oculus Go and the Gear VR (you need a Samsung smartphone for the latter of course), you can mirror your PC onto your headset.

What’s new now is that you don’t need cables in order to mirror it. You just need a WiFi network, preferably one that is as fast as 5GHz since you will probably be streaming a lot of data between your computer and your VR headset. One reason to use this would be to stream a movie or video that will play better when watched through VR technology. You can also play games if you have a Bluetooth game controller. You can also just use it as a regular computer if you feel like it.

You will still need to have the Streamer app on your PC in order to mirror it onto your Gear VR or Oculus Go. There are probably some other things they need to develop to make it more seamless and easier to connect so expect to see more features and improvements soon.

You can get the Virtual Desktop from the Oculus Store for just $9.99. Your source PC will of course need to be running on Windows 8.1 or higher. And as we said earlier, you’ll need a Samsung smartphone to use the Gear VR.