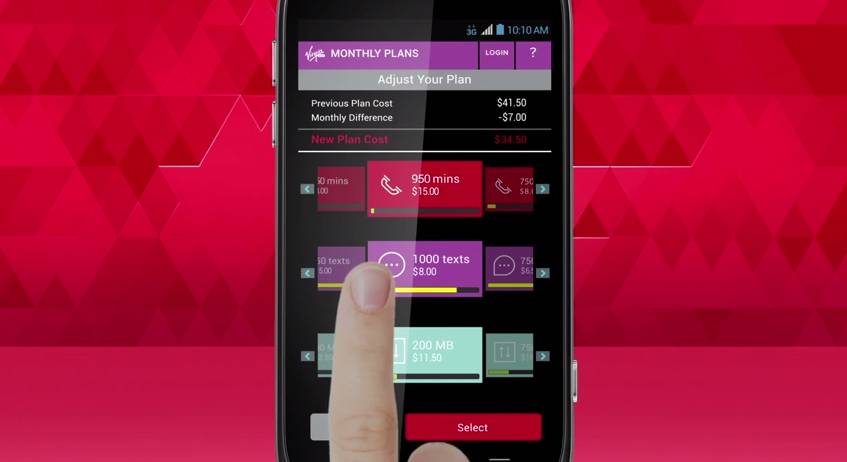 Do you remember the days when kids (and even teenagers) did not have mobile phones and had to wait until they were earning their own money to be able to get one? No? Well, believe us, that existed before, but now, kids as young as 5 are toting their own phones and tablets. Virgin Mobile Custom has allowed parents to exercise some semblance of control over their kids’ devices, and now they’re extending it by launching a free Android app to help manage the family lines.

Just last July, Virgin Mobile launched a customizable cell phone plan for the family that lets the parents control how many texts and how many minutes their kids can spend talking on their mobile phone. You could activate up to five phone lines and then get a Custom phone for each line. The primary user can then adjust the text, call or data allowable consumption of each line at any time during the month or even on a daily basis. Now Virgin has made it easier for the parental units to manage this with the app, available both for iOS and Android Custom units as well as any other smartphone that you want to use.

The app lets you allocate the text messages, call minutes and data usage to the other plans. It also allows you to add or remove certain services, probably depending on your mood or your plan’s monthly bill. You can even set curfews on their usage of their phones, like what times they can access and what time they are blocked from using their device. The app also lets you monitor who are your kids’ (and spouse’s too, if you really want to do that) contacts and you can block those whom you don’t want them to communicate with.