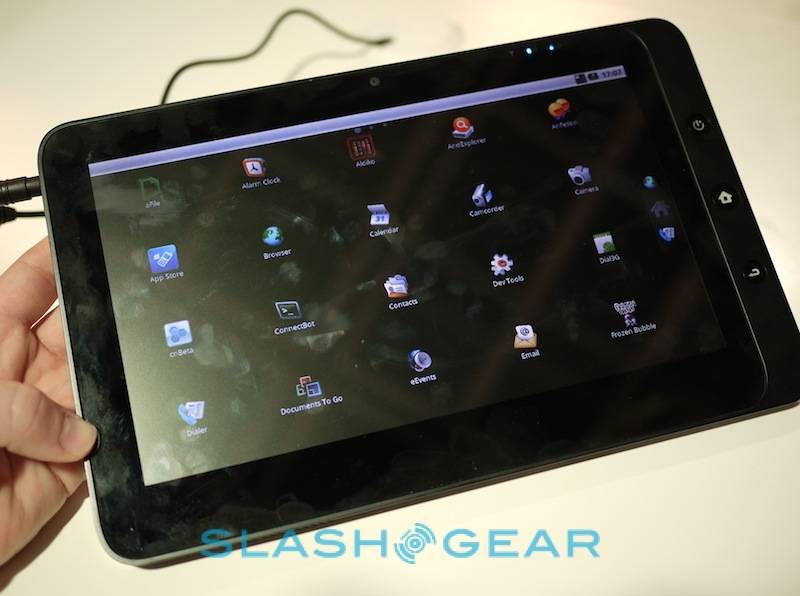 ViewSonic is working on a tablet that isn’t ready for primetime that dual-boots the Android OS, along with Windows 7. This is a 10 inch device (1024×600) that has 2 point finger multi-touch, and is running an Atom N455 processor paired with 1GB of DDR3 memory. This is basically a netbook replacement that has lost its hardware keyboard.

The prototype is only running Android 1.6, along with Windows 7 because currently 1.6 is the most recent version of Android that supports Intel’s ATOM CPUs. ViewSonic did say they have plans to update the version as soon as compatibility is available. Some specs for the tablet include, Wi-Fi, 16GB SSD, memory card slot, USB ports, and a 3.5mm headphone jack. ViewSonic says that they expect the tablet to be available in Europe in October 2010, priced at under £500 ($769).