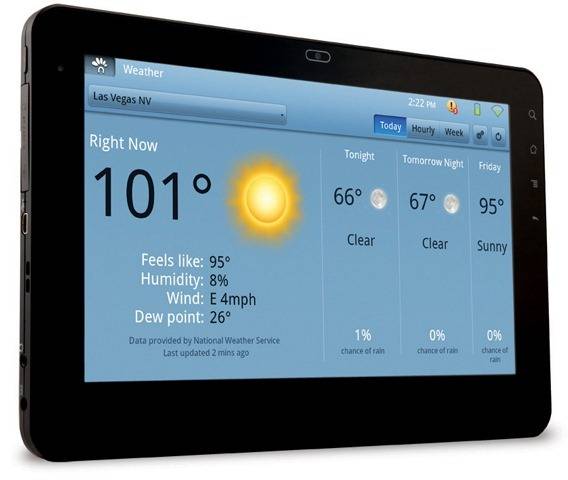 Viewsonic has blamed Android and Adobe’s Flash for poor first-impressions of its 10.1-inch GTablet slate, suggesting that the reason the Tegra 2 based tablet was pulled from Staples shelves over the weekend was not, as the retailer suggested, because of a “manufacturing defect” but merely a shortfall in “user experience”. The GTablet will get a software update by the end of this week that will apparently address complaints about the Tap ‘n’ Tap UI – including giving owners the opportunity to turn it off altogether – among other things.

However, the GTablet will have to wait until the end of January 2011 for an update to Flash Player that will see the plugin certified by Adobe; Viewsonic has been impacted by the same issue that Advent reported earlier this month affecting its Vega tablet.

“We always listen to customers; while they love the hardware, they raised several issues about the user interface,” Jeff Volpe, VP and GM for ViewSonic Americas. “As a result, our software partner is releasing an upgrade that will address customer concerns. Along with great performance improvements, customers will have the flexibility to use both a standard Android interface as well as a user-customizable interface which has been significantly enhanced since the product launch.” Volpe went on to say, “ViewSonic is committed to its tablet endeavors and will continue with new announcements at CES in January.”

Current GTablet owners will automatically receive the upgrade through their WiFi connection by Friday, December 24. Users simply need to accept the request to install the upgrade. In addition, Adobe® Flash certification is targeted for the end of January, 2011. In the interim, users can download Flash from various websites that distribute android applications.