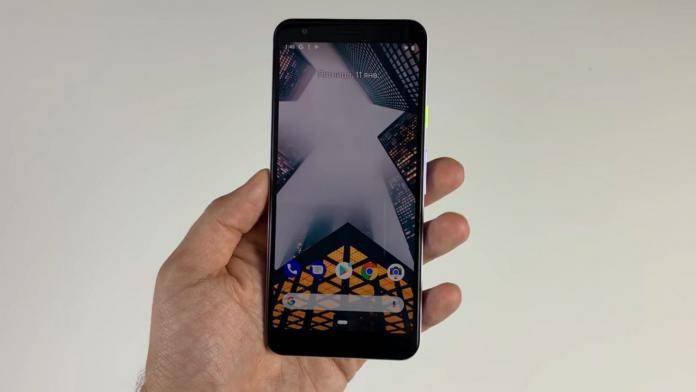 We’ve been hearing for some time now that Google will be releasing a Lite version of its current Pixel 3 flagship. And just like the time before the release of that line, there seems to be a lot of leaking going on. This time around, we’re seeing an extensive “first look” video for the upcoming device. And while the original video was already taken down, as with most things on the Internet, nothing ever really goes away.

The Pixel 3 Lite is supposedly codenamed Sargo and on the surface, it looks pretty much like its parent device, but with several lightweight differences. First of all, the body itself seems to be made of plastic. And good news for those who prefer to use their good ole headphones or earphones: this seems to have the usual 3.5mm jack unlike the previous Pixel devices. However, it looks like we won’t find a secondary selfie camera or a front-facing speaker on this mid-ranger version of the flagship.

In terms of the camera sensors that it does have, it looks to be similar to the original Pixel 3, having a 12MP one with 1.4-micron pixels and optically-stabilized lens with f/1.8 aperture. The video leaker, Andro News, says that it takes the same quality photos as the original, although they didn’t really give a side-by-side comparison.

As for the previously leaked specs, the Pixel 3 Lite is supposed to have a 5.56-inch with a 2220 x 1080 LCD display. It will run on a Snapdragon 670 processor, a much lower-end one compared to the more powerful Pixel 3 devices. It will have 4GB RAM and a battery with a 2915mAh capacity.
Since the original leaked video seems to be a bit extensive, we can probably expect an official announcement soon from Google about this new device. Stay tuned for more official details as they come as well as other substantial leaks and rumors that will probably be swimming around in the next few days.