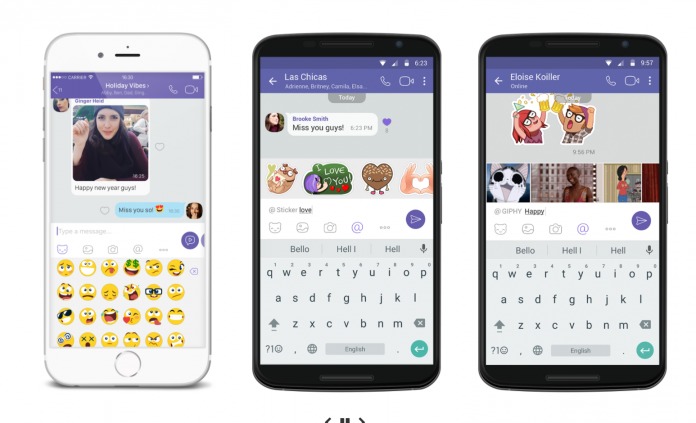 Social media is dead. Long live the messengers. Okay, social media isn’t really totally dead but the battle for users has gone over to the messenger platform. People would much rather talk one on one or in a group with people they actually know so we have the likes of Snapchat, WhatsApp, Facebook Messenger, Allo, etc. And of course Viber will not be caught napping, as their latest update brings instant video messages, chat extensions, and redesigned emoticons.

A lot of brands are discovering that videos are becoming a huge way that people express themselves and communicate with each other. One even said that video is the new keyboard. And so the latest update to Viber brings users the ability to send instant video messages ti the people you’re chatting with. You can easily toggle between the voice and video messages and access the latter by swiping on the former. You are limited to just 30 seconds and it will be shown as circular videos on your contact’s screens.

You will also now be able to access third party chat services from Viber directly. It now has support for Giphy, Wikipedia, and TheMovieDB and they plan to add even more. To access them, just type @ and then the username or service and then your query. You will also be able to access stickers through that way just by typing @stickers so it will be easier to look for the right one you need.

Lastly, all of the existing Viber emoticons have been redesigned with a “flat, colorful esthetic” because for some reason, they think the previous ones were less fun. It will take some getting used to the new emoticons but you’ll eventually like them hopefully. Or you might be too busy making those 30 second video messages to bother with even using emoticons.