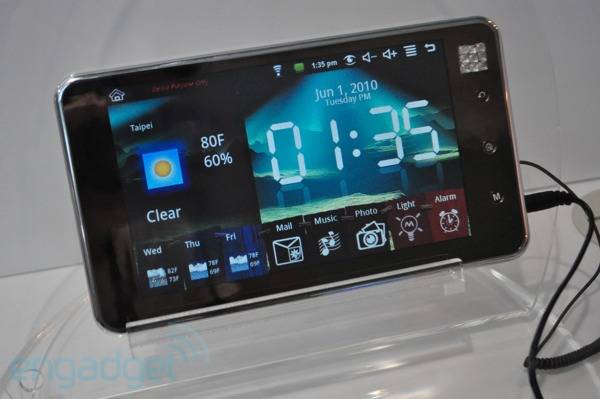 When we first heard about VIA Wonder Media’s entrance into to the Android tablet market, at the time there were no pictures or specs of any of the devices. Now we at least know what they will look like thanks to our friends over at Engadget. They caught on video a few of them hanging out at VIA’s booth at this year’s Computex expo.

At the expo, there were about 4 of these tablets on display. VIA said previously that these tablets would range between $100-$200. All of the tablets on display featured a 7-inch resistive touch screen display and was preloaded with Android 1.6. They are also based on the WM8505 ARM 9 based processor and feature an interesting home display while docked. It’ll be interesting to see these devices in action if and when they hit the market.