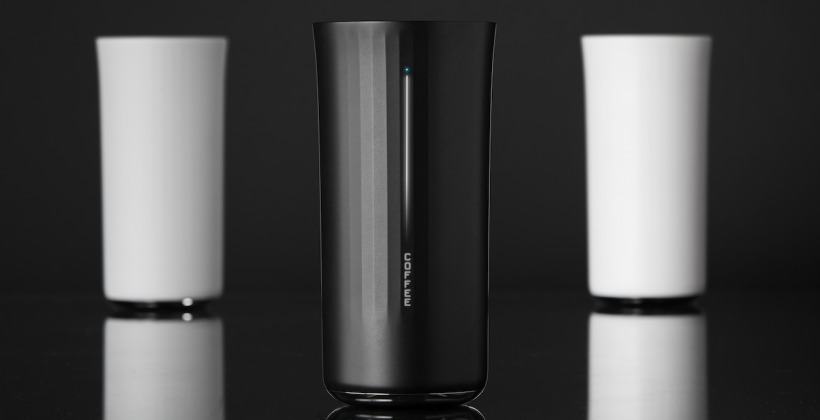 There will come a time when during an intervention for a loved one who you think drinks too much, instead of a banner, you’ll be giving them a $200 smart cup. Vessyl’s polymer cup, designed by Yves Behar, can detect what kind of liquid you’re drinking and can even tell you what kind of liquids you should be drinking based on your physiological make-up.

The cup contains a display on its side which they are calling Pryme which has a sensor that can detect not just what kind of liquid you are drinking, but sometimes what specific brand or product it is, whether it is Starbucks brewed coffee or even a bottle of Budweiser. As long as it’s alcohol, carbonated beverages and even the thicker liquids like shakes and yoghurt, Vessyl claims their cup can detect and “analyse” it. The display will tell you how much fat or sugar is in your drink and if it is still within target of your “hydration goals” that you can set into the cup beforehand.

All the data that it has gathered from your liquid consumption will be sent through Bluetooth 4.0 to a Vessyl App, available for selected Android devices. They have not yet released the list of compatible gadgets for the cup, but they are also working on integrating it with other wearable platforms, especially those that are related to health.

What is not clear at this point in time is how the cup’s sensor actually works. What they can reveal at this point is that it is the same technology that is used in food production factories for quality testing of the contents of the jars or bottles.