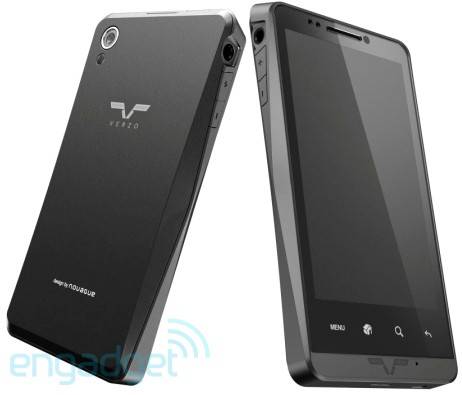 Verzo is the name, and I’ve never heard of it but so far I’m really liking what I’ve seen thus far. Verzo is teasing their first Android smartphone and they will be calling it the Verzo Kinzo. The name sounds more like something from a 80’s movie or some whacky codename by HTC, but it will be the name when they expect to debut the phone in late September.

We don’t really know anything about this device, and neither does the source of these images but from what we are seeing it looks nicely built and like it could be running Android 2.3 Gingerbread but it’s hard to tell at this point. While the official press release is a bit different than most we’ve seen in the past I did like this part:

We are definitely not going to scare off Apple and Samsung by our entry to the market, so they would have to call board meetings and hold press conferences. On the contrary – the VERZO brand is letting you know right from the start that we are not the slimmest, fastest or the best. For now.

They might not be the slimmest, fastest or the best. For now. Obviously every company needs to build up the potential for current and future products but the way they are simply stating the plans is a nice change from what we are used to. The design is simple, clean, and elegant and from the initial press photos I can already tell you I like what I’m seeing. 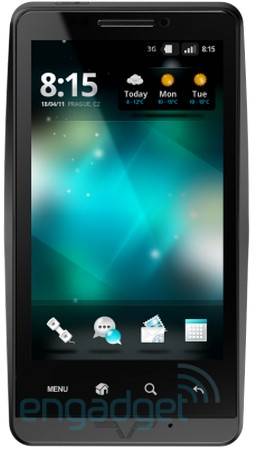 I say this often, but I’m not a fan of the custom UI changes most companies use. The image above shows a bit of changes to the overall look and feel of Android so that is a bummer. Hopefully Verzo has a nice and clean design we will all love, but we will have to wait and see. We should be seeing more in the coming weeks as Verzo is planning on a late September launch if things go as planned. Head over to the source for even more pictures of this interesting new Android offering. Its design looks like a mix of the Bionic, Galaxy S II and the iDevice 4 all rolled into one — just a thought.