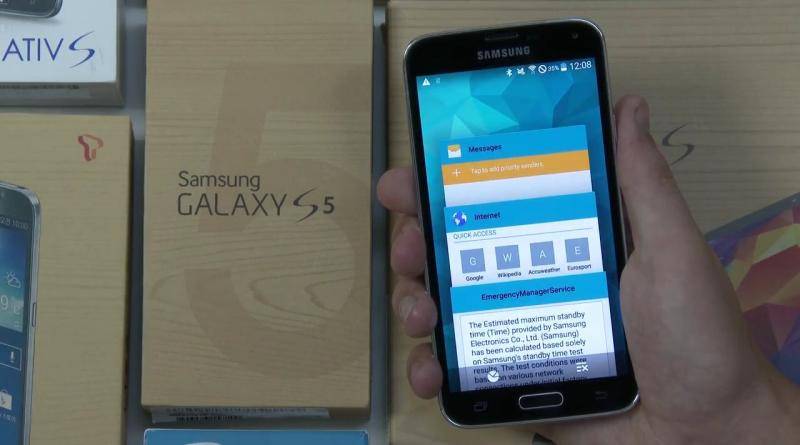 Android L should be, if the rumors pan out, just a month away, but of course it will be coming much later to OEMs and their flagships. The folks at SamMobile, however, were able to get a hold of an alpha build for the Galaxy S5 and took it out for a test, and the results are both impressive and a tad disappointing.

Of all the Android OEMs, Samsung is the most notorious for diverging from the Android experience, especially in the visual department. With Android L, however, Google is bringing a new design language and is more intent on keeping custom skins in check this time around. So it is quite interesting to see how Samsung intends to marry Android L’s Material Design with its own TouchWiz aesthetic.

Given that this is from a very early Android L build, it isn’t surprising that there is an uneven mixture of the two design. For the most part, however, it seems that Samsung is behaving well and applying the principles of Material Design even in its own apps. Perhaps it helps that Samsung has already switched to a flatter, more minimalistic design since the Galaxy S5. It is definitely encouraging to see that Samsung’s custom apps are slowly getting a Material Design facelift as well, and one can only hope that the trend continues and improves in future builds.

That said, not everything is compliant with Google’s own practices. In particular, the total of lockscreen notifications have been limited to two, versus Google’s four, supposedly because of Samsung’s fancy yet unnecessary unlocking animation. The Settings app is also still a jungle and it is unlikely that Samsung will ever be fixing that.

SamMobile notes that the build was quite slow and buggy, unsurprising for an alpha quality version. That said, things are expected to speed up, considering Android L’s ART runtime promises performance and speed improvements all around. Hopefully, that will also be the case for Samsung’s version, especially considering that TouchWiz is also infamous for being bloated and slow.