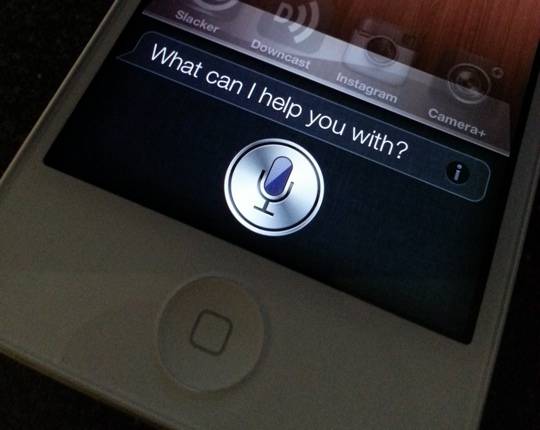 Apple users have Siri and Android users have Google Now. That is just the way it goes now, however once upon a time, it looked as if Siri was going to be the assistant app for some Android users. Not to mention, some may not even be aware, but before Apple launched Siri as a feature of the iPhone — Siri was an app for the iPhone and it available by way of the iOS App Store. And not to try and make any iPhone users feel bad about having Siri, once a time Siri was quite a bit more capable.

You see, Apple may have introduced Siri in October of 2011, but Siri made its original debut a year earlier, in 2010. At that time the app was able to connect with 42 different web services. It was able to be used for everything from calling for a taxi, to buying tickets, making a call and more. Perhaps more interesting, it was also said that Siri was “on the verge of intuiting” the users preferences and pet peeves. One example given was how (in 2010), Siri was able to check and combine facts from Citysearch, Gayot, Yelp, Yahoo! Local, AllMenus.com, Google Maps, BooRah and OpenTable when asked; “I’d like a romantic place for Italian food near my office.”

You likely get the point, Siri was a bit more robust before Apple turned it into a feature of the iPhone. And while we could continue with those examples, Android users should know something — Siri was originally heading to them. The deal with Android began before Apple and Steve Jobs got involved. In fact, this happened before the app even launched for the iPhone. Once upon a time Verizon signed a deal to include Siri on all new Android smartphones. This deal was signed back in 2009 and was set to include all Android smartphones that were released in 2010. Simply put, if you bought any Android phone from Verizon in 2010 — it almost had Siri pre-installed.

Of course, we know how that went, Apple came in and the deal with Verizon was closed. And from this point, Android users (or those running Jelly Bean anyway), eventually received Google Now. This all brings some interesting questions. For example, had Verizon included Siri on Android smartphones — would others have come with voice assistant apps. For example, would Apple have looked at what Android users had and began working on (or buying) their own solution.

Another interesting take here, while Apple scaled down the ability of Siri, you have to wonder how it would have went otherwise. Would Siri would have remained as robust and as full-featured had it gone to Verizon Wireless? Not to mention, what level would Siri be at today had it followed that path.