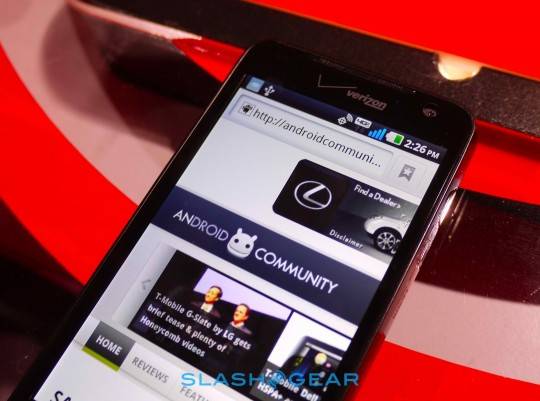 When Verizon launched the LG Revolution at CES last year, there wasn’t much talk about voice calling over 4G.  But with more and more states passing legislation requiring hands free phone use,  and Verizon expanding their LTE network dramatically this year, it seems the telco has made a mid course correction and decided that voice calling over their LTE network is not only necessary, but immanent.  And the LG Revolution will be it’s first 4G offering to support the new VoLTE standard.

And even though Verizon is expanding their 4G reach by over 200 cities this year, there are some areas where their LTE network won’t be available, and as such, voice calling will fall back to the CDMA network.  The new VoLTE standard promise to offer higher quality sound that will likely resemble HD Voice.  But don’t look for widespread adopting of the new voiceover standard right away as Verizon seems to be on the vanguard of this movement.