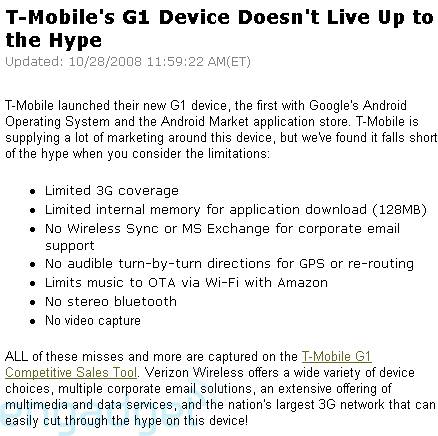 With one particular phone having a lot of hype around the release date, there will always be people out there to tell fans that they are wrong. One instance that continually comes to mind in this area is the iPhone. Recently it seems that the T-Mobile G1 is under attack.

It use to be users and fanboys who put down other phones, now it appears that service providers are bringing in the big guns and taking every opportunity to put down a phone that they find threatening. Verizon was the last company we thought would do a direct comparison of the G1. With so many high-end exclusive phones you would think that Verizon would turn a blind eye to this.

The T-Mobile G1 is turning out to be a phone that no one can ignore.  Verizon has gone on to compose a list of the G1’s Key Features and Open elements as well as a limitations column that brings up every possible limitation an item has. While Verizon had a few points, not every point was valid. One of Verizon’s arguments is “All music, photos and video require a memory card for storage.” We don’t see this as a problem because not only does HTC include a memory card but this allows users the freedom to choose just how much storage capacity is right for them.  Our question to our users is does Verizon have any room to talk with the huge lack of customization on their handsets? Did Verizon cross the line? 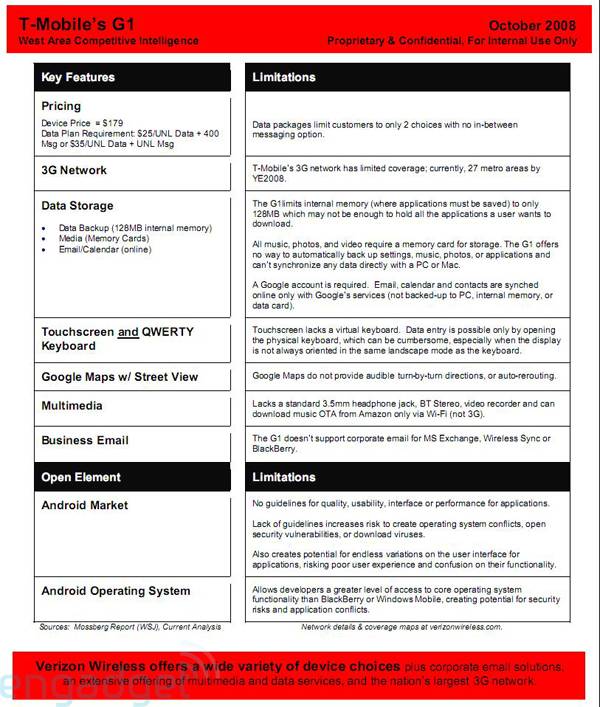