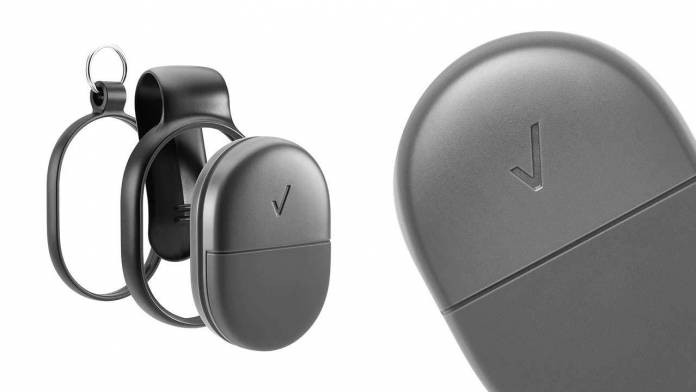 If you’re the type of person who keeps losing a lot of your important things, then smart trackers are your best friends. One of the newest products that can help you with this kind of problem is the Verizon Smart Locator. It differentiates itself from other products like Tile or Trackr is that it has its own simple processor and is not limited to just Bluetooth range. But other than that, there’s nothing really that the device can do for you other than its basic function.

Well, you probably didn’t expect smart trackers to do other things anyway other than to tell you where your keys or wallet are. A SlashGear article says this one from Verizon has a SIM card so that you can connect to mobile data. It even has 256MB of memory although what function that serves isn’t really clear, other than make the Qualcomm MDM9206 modem work.

It also has a 400mAh lithium ion battery that lasts up to 5 days of stand-by time. So if you lost whatever it is that you attached the tracker to, you can still find them four days after. It will be able to track things as long as the place has Verizon 4G LTE coverage and it can even be immersed in 1-meter water for up to 30 minutes, although what damage that will do to your wallet or car keys or computer is of course another matter.

The Verizon Smart Locator works with mobile data, GPS, and Wi-Fi based positioning. However, if you plan to go outside the country, it doesn’t have roaming band antennas. It comes with a clip accessory, a keyring accessory and a USB cable so you can charge it after it’s run out of juice after five days.

It is priced at $100 and comes with a two-year contract. You can’t buy it if you’re not getting the contract. Only the first year of activation is free though and so you’ll have to pay $3 per month after that. This deal doesn’t sound so enticing but hey, if smart trackers are your thing, you’ll probably check it out.