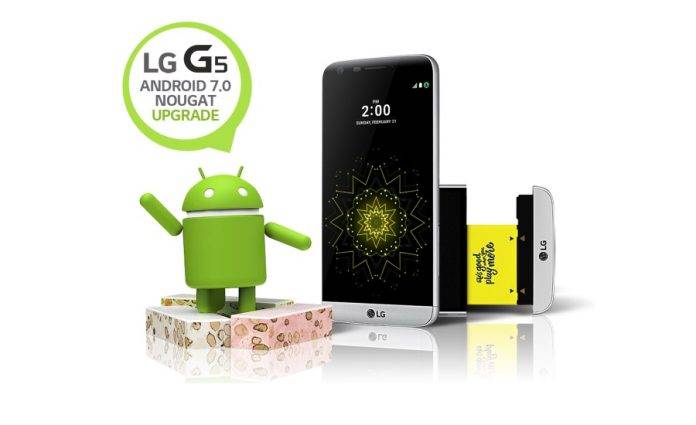 The LG G5 Android Nougat software update has been ready since early November but it’s only now that Verizon Wireless is rolling out the build. This comes after we learned T-Mobile is rolling out Android 7.0 for the LG G5. Verizon has thoroughly tested this version to bring optimizations to the phone’s performance, newest security patches, and fix several issues.

Verizon’s software version is known as VS98726B. This is the official Android Nougat OS update for the LG G5 that includes several Themes for personalization. With the update, you can also now retrieve deleted images. You will no longer find the LG Downloads app because it has been replaced already by the Google Downloads app. For enhanced security, fingerprint registration information has been updated.

The LG G5 can now be used to charge another device after the software update. It’s one useful feature most people will appreciate because the phone now also works as an alternative powerbank. There’s also the Multi-window mode that allows you to split the screen and use two apps at once.

Notifications have been updated once again. Unlocking the phone with notifications displayed has been changed while access to Quick Settings has also been enhanced.

To get this particular software update, make sure you are connected to WiFi and battery is fully charged. You should receive the OTA update anytime soon but if there’s nothing yet, check the settings manually.