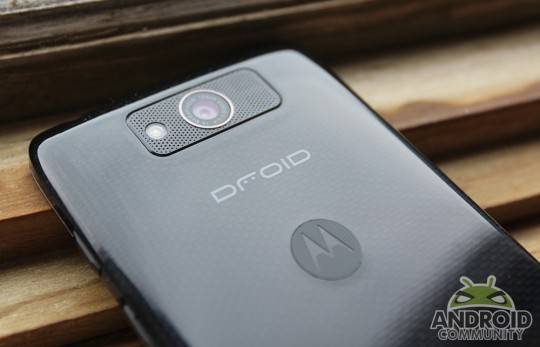 In case you guys haven’t been paying attention, the brand new smartphone trio from Motorola arrived for Verizon Wireless today. That being the 5-inch Motorola DROID ULTRA, the MAXX with the promise of 48 hours of battery life, and the small yet powerful DROID Mini. They’re officially on the shelves today and now Verizon’s started rolling out some clever video ad spots.

The video that Motorola and Verizon have just released that you’ll see below is a bit extreme. It isn’t our usual robot DROOOIDS that we’re use to seeing, but it is still a pretty clever and extreme video. Their smartphones promise to be durable and can handle the elements thanks to the reinforced Kevlar case, and this video highlights that well.

With a 5-inch 720p HD display, a powerful Qualcomm Snapdragon dual-core processor with two additional cores for voice functions Verizon wants us to believe the new DROID ULTRA can do it all. From being beat up in a crazy taxi ride, to having you use hands-free voice commands with Google Now to find a lost device. Check it out.

Yes, the new video from Verizon is a bit excessive, but if you’ve ever been in a Taxi in New York City you might have a certain level of appreciation for the clip. You probably wouldn’t be able to catch a taxi as well as he does, but if you find the situation presents itself simply saying “OK Google Now, call my DROID” to quickly get it ringing and find it.

The video might draw some attention from average customers, but you readers probably know everything about the new DROIDs already. If not check out our ULTRA Hands-on, or the Moto X review below since the special features are all the same. Who got their new DROID ULTRA or MAXX today?