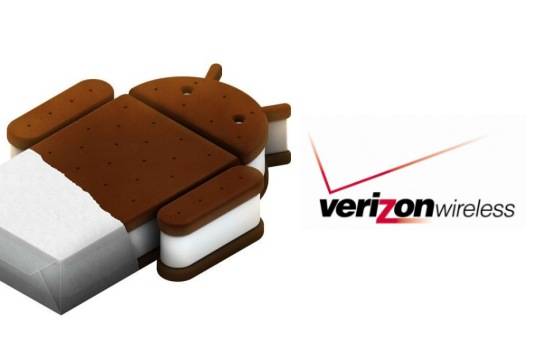 Verizon has just released some information today regarding their lineup of Android smartphones. Detailing what devices will get the tasty treat we all know and love that is Android 4.0 Ice Cream Sandwich. According to Verizon most of their recent devices will see updates, as well as older phones like the ThunderBolt but surprisingly many didn’t make the cut.

Verizon knows many Android fans have been patiently waiting for updates and even though HTC, Motorola and others have outlined when or what will be updated — Verizon decided to ease everyone’s mind and give us additional details and confirmation too. Check it out:

At first glance this is going to make many owners extremely unhappy. Obviously this is the initial list but it doesn’t appear that they’ll be adding any to the short list either. Devices like the DROID Charge, LG Revolution, DROID X, DROID X2 (dual-core), DROID 3 and many others all seem to be missing. Does this mean something as new as the DROID 3 wont get Android 4.0 ICS from Motorola? That would be depressing.

Motorola seems to missing many devices from that list, and this is only on Verizon. Moto themselves released a similar list a few weeks back (link below) that also didn’t give any details regarding many of these same devices. Not to mention Samsung has claimed they’ll update with the “Value Pack” bringing many of the Ice Cream Sandwich features to their Android 2.3 Gingerbread devices — but wont actually update some of those. Many Samsung phones could all handle the update with ease too.